The Merrickville Artists’ Guild (MAG) has been hosting a series of conversations in the Village of Merrickville as part of their effort to create a year-long relationship with the community.

The MAG studio tour has been a staple in the Merrickville community for some time now. The 2016 studio tour was a huge success, drawing even more numbers to the various studios than the year before. Because of its popularity, MAG artists decided it was time to spread their creativity even further by offering events year-round. “It’s the outreach approach that we are taking,” says MAG secretary Lesley Strutt. “We are not just artists in our studios.”

As part of this new approach, MAG has invited people involved in various forms of art to lead a conversation at The Sidecar Café on the second Thursday every two months from 7:30-9:30 pm. They have already held two out of the six conversations of the year, which featured two of Merrickville’s antique dealers (Nick Previsich and Joe Gallaro) and Janet Campbell, owner of Mrs. McGarrigles. “We wanted to feature artists who are not just visual,” Lesley explains. “We are envisioning art in a larger and broader sense.”

The next conversation will be held on Thursday, May 18, and will feature former Deputy Finance Minister and avid gardener Susan D’Aquino. Susan will be sharing the process of the design and creation of the award-winning gardens that surround Hart Massey house in Rockcliffe Park. She will also be speaking about the architectural genius of Hart Massey, whose homes have garnered much recognition in the history of Canadian architecture.

Lesley says they are calling the evenings conversations rather than presentations because they wanted to facilitate a two-way discussion: “It is very interactive,” she says. “The people sitting in the café take part.”

Entrance is $5 for the public and free for MAG members and sponsors. For more information on future conversations or other events and activities facilitated by MAG, visit their website at www.mag-artists.ca. 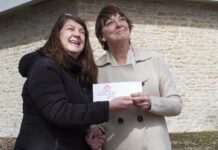