On behalf of the Kemptville Rotary Club, I want to extend a sincere thank you to all the participants in this year’s parade, the parade judges, our parade marshal, and those who came out to watch and cheer as we went by! The parade theme for Canada’s 150th celebration of confederation was “Celebrating Canada – Memories are Made of This”, and I hope that everyone involved will have fond memories of how they spent Canada Day 2017. The forecast was not optimistic, with 23 of the past 30 Canada Days experiencing rain, but, as the Royal Canada Legion colour party, the pipe and drum band, and the first floats rounded the corner onto Prescott Street, the sun came out!

We had received parade entry forms from many service clubs, groups, and businesses and they all did a wonderful job. Parade judges Marguerite Boyer, Reinder Kuntz, Patti Lindsay, and Steve Watson, had a prime viewing location and did a commendable job picking winners for five separate categories. Here is the list of winning entries:

As the parade chair, I would like to add some honourable mentions of my own. A huge thank you to our poised and elegant Parade Marshal, Norma Fisher. She was driven by Howard Wilson aboard his 1914 Fire Truck. Our new Town Crier, Deron Johnston announced the imminent start of the parade for the gathered crowds. Unfortunately, he had to dodge some impatient vehicles that chose to ignore the barricades along the parade route as he set off! Everyone who decorated a duck decoy for the Rotary Duck Decoy Challenge contributed to a fabulous float that was most impressive. Remember, for next year, that you are invited to “walk with your duck” in the parade!

Canada Day 2017 was a truly memorable event and would not have been possible without the contributions of many behind the scenes and those that came out rain and shine to celebrate! Thank you! Planning has already started for next year and we hope you will celebrate with us on July 1, 2018! 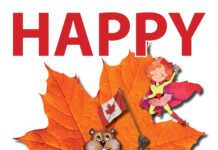 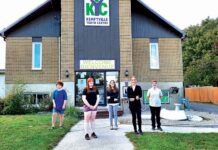 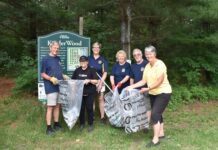