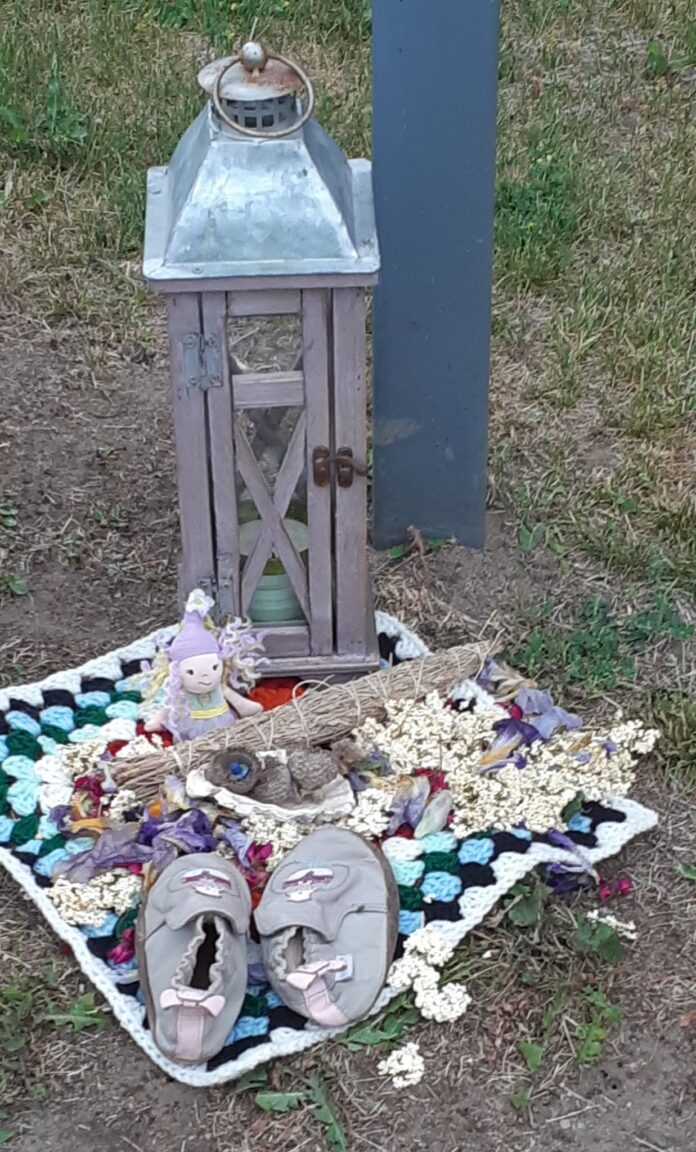 Following the discovery of the remains of 215 children at the Kamloops Residential School, Mannie Giles of South Mountain erected a small memorial at the Church of St. Daniel the Martyr in South Mountain.

It was a modest memorial, composed of a lantern, children’s shoes, and some flowers. On June 25, following the discovery of 751 unmarked graves at the Marieval Indian Residential School in Saskatchewan, Mannie returned to the memorial with her children and more flowers from her garden. She found that the memorial had been removed.

Mannie grew up attending the church. “My mum brought me to that church. So, the likelihood of me knowing who it was (that removed the memorial) is high.” The removal of these symbols comes across as continued erasure of the role played by the Catholic Church in the genocide against Indigenous peoples in Canada. But erasure isn’t the answer.

Mannie said, “As painful and as uncomfortable as it is to hear the news and to be learning these things, it’s imperative that we really sit down as people, especially if we belong to a Catholic Church, to really unpack how we’re going to move forward.”

Mannie notes that many good people are congregants at St. Daniel’s, and that, “there’s so many different emotions that are valid: anger and frustration and confusion — you name it” when processing tough news. But one’s own manner of processing should not involve “dismantling other people’s attempts to grapple with this.”

Further, “if these organizations, the Catholic Churches and schools, are unwilling to accept responsibility for the fact that things need to change, and that needs to be part of a conversation, then that’s telling.”

If you or someone you love is a survivor of a residential school, you can call the National Indian Residential School Crisis Line at 1-866-925-4419 for support.