Although no by election has yet been called to fill the vacancy caused by the sudden death of Gord Brown as M.P. for the riding of Leeds-Grenville-Thousand Islands and Rideau Lakes, the political parties are busy nominating candidates to run once the contest is called, which should be by the end of this month. Michael Barrett was chosen by the Conservative party some time ago, and Michelle Taylor will represent the NDP, as she did in the provincial campaign in June of this year.

Now the Liberal Party have chosen their candidate, and it is another familiar face in the area. Mary Jean McFall represented the Party in the last federal election in 2015, when she ran second to Gord Brown. However, her performance in the election was a clear improvement on Liberal support in previous contests in the riding. This was partly due to an increase in the number of voters marking their ballots.

Following her defeat in 2015, Ms. McFall was appointed Chief of Staff to Agriculture Minister Lawrence MacAulay, but her family’s ownership of Burnbrae Farms, one of the region’s largest producers of eggs, led to suggestions of conflict of interest. In 2016, Conflict of Interest and Ethics Commissioner Mary Dawson imposed a conflict of interest screen on McFall that instructed her to remove herself from specific meetings. However, Ms. McFall resisted calls for her resignation, and only left MacAuley’s service in July of this year in order to run in the election.

Since then, she says, she has been travelling the back roads of the riding, meeting people and identifying areas of concern. She has specifically cited the future development of County Road 43 in Kemptville as one of the concerns she wants to address in the area of regional infrastructure, and has spoken of the levels of hidden poverty which exist throughout the rural areas. 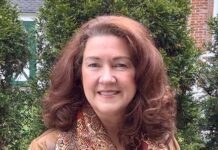