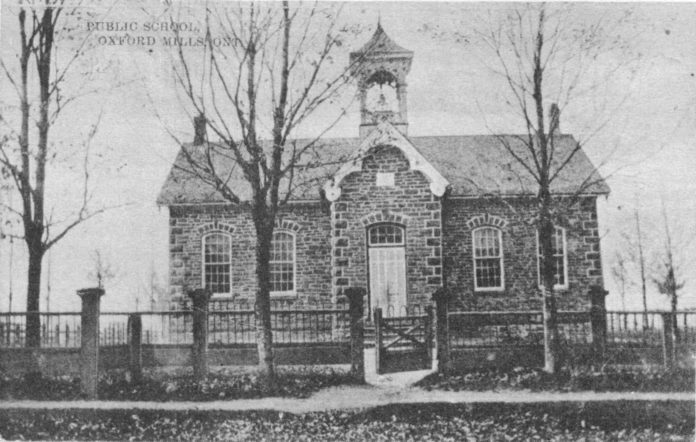 This was actually the third school built to serve the School Section. The number of pupils grew  and a larger building was needed. Maplewood, as it is now known, was built on land bought from John Lindsay for $150 in 1875, and erected by by A. Willoughby with limestone from the Harris Quarry on Bedell Road, at a cost of $1,900. The building is rectangular and the front porch gable roof is highlighted by a decorative belfry. It was the only two-roomed school in the area. The school opened in August, 1875 and continued in use until June, 1964, when it closed. It was bought by the Township and became a school for the mentally challenged in 1968, a role it continued to play until 1983, when it finally closed. In that year, the local Library moved into the north end of the building, while the south end was used for local meetings. The building was completely renovated in 2001 and has served as the community hall ever since. In 2008, administration of the hall was transferred to the local Community Association.  This building has seen so many of the great and small events of Oxford Mills since 1875, and remains an important part of the village’s life and history. It was designated under the Ontario Heritage Act in 1991.