As both North Grenville and Merrickville-Wolford have called for the cancellation of events that bring people together, and have closed all their municipal buildings to the public, a number of important events have announced cancellation.

The Board of the North Grenville Historical Society has decided to postpone their Annual General Meeting scheduled for April 8. In a statement from NGHS President, Ken Mews, he stated that: “The Municipality has closed all municipal buildings to the public. This includes the Court House. We will be unable to serve archives users or hold meetings until this closure has been lifted.

“In addition, the Chief Medical Officer of Health for Ontario has recommended that meetings with more than 50 persons should be cancelled. We have been having an average of 45 at recent meetings. Taking these factors into consideration, we have decided to postpone the AGM scheduled for April 8. We will be in touch again if it appears we will be able to hold it on May 13, although that seems unlikely at this time.”

Ironically, the topic planned for the AGM’s speaker was The Spanish Influenza Pandemic of 1918-19.

The Merrickville and District Historical Society (MDHS) has cancelled its March 2020 meeting and has taken the decision to cancel their Open House scheduled for April 26, 2020 at the Burritt’s Rapids Community Hall. At the moment, the Hall is closed until further notice and it seems clearer by the day that social distancing will be the new norm for a while. So, while they won’t be needing your services on April 26, they are hoping that to be in touch, likely in the fall, to reschedule something. 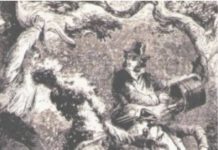