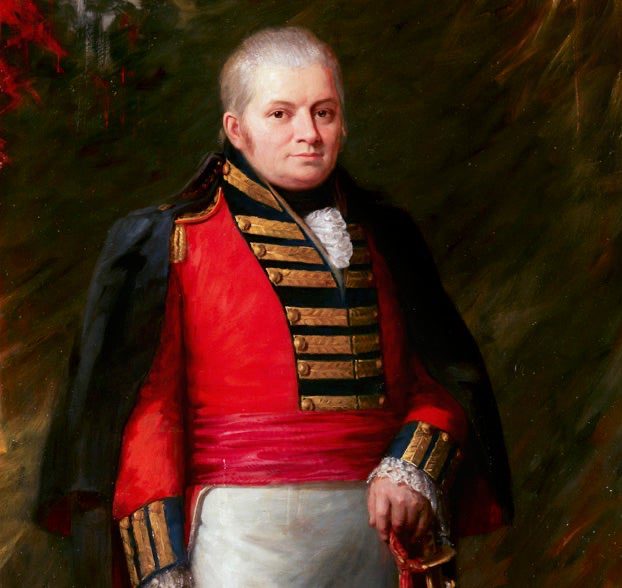 One of the strangest ideas to come out of the American Revolution, recently celebrated by our southerly neighbours, became fixed in the minds of various British government officials, and most notably expressed by the first Lieutenant-Governor of Upper Canada, John Graves Simcoe. It was, quite simply, that the Americans had revolted because they did not have a clear and local image of what the Empire was all about. Simcoe, and many others, believed that, if a strong and attractive system of government could be established in Upper Canada (in time to be named Ontario), then a large number, possibly a majority, of the people in the revolted states would eagerly apply to rejoin the British Empire.

This may seem rather absurd after almost 250 years, but it seems it was impossible for certain British Imperialists to accept that the Americans had rejected them deliberately and with eyes wide open. If only, they thought, they could show these poor deluded people a true British imperial colony, they would come rushing back to the arms of George III.
Simcoe wanted to establish a kind of mini-Britain in Upper Canada, complete with British Parliamentary structures, a land-owning aristocracy, the Church of England as the established church, and all the trappings of Empire. To that end, he decided the capital of the new colony should be called London, and should be located at the forks of a river known to the Anishinabek as Deshkan Ziibi, but which he renamed the Thames (what else?).

The key to the plan was to create an aristocracy for the new colony, and for this, he looked to the leaders of the Loyalists who had resettled after the Revolution in townships along the shores of Lake Ontario and the Saint Lawrence River. Even before he arrived in Canada, Simcoe had declared his position: “There are inherent Defects in the Congressional form of Government, the absolute prohibition of an order of Nobility is a glaring one. The true New England Americans have as strong an Aristocratical spirit as is to be found in Great Britain; nor are they Anti-monarchical. I hope to have a hereditary Council with some mark of Nobility.”

The leading Loyalists, that is, those who had been officers in the various militia and regular army companies fighting the Americans, had already been granted very large tracts of land in recognition of their services. Field Officers were granted 5,000 acres, Captains got 3,000 acres, and Subalterns, 2,000 acres. Lower ranks were not given nearly as much, with non-commissioned officers receiving just 200 acres, and lowly Privates just 50 acres.

But that was not enough for Governor Simcoe. In early 1792, he issued a Proclamation that invited respectable and responsible individuals and groups to apply for whole townships, or even more than one, if they believed they could induce regular immigrants to come and live in them. An average township, such as Oxford-on-Rideau, contained 60,000 acres of land.

He explained his rationale for the scheme: “It has been justly considered that the Principal Cause of the American Revolt was the Want of an Aristocratical Power which might afford a legal Provision for the fair Claims & just ascendancy of honourable Ambition, & not suffer it to waste its Energy in Dissatisfaction & Discontent. In Conjunction with the Council of this Province I have granted some townships, special care has been taken that they should be only to those Persons who seem likely to bring an Acquisition of Settlers into the Country…”

Simcoe found many takers for his offer. Some of the men who had been granted lands in Oxford-on-Rideau, such as Peter Drummond, Thomas and William Fraser, and others applied as a group for no less than 30 townships, and they received a number, including Wolford, Montague, North and South Gower (then a single township), Winchester and Osgoode.

Simcoe and government officials in Britain believed that, if these men could settle the townships with the “proper” persons, they would become natural lords of the land, with lots of tenants and farmers grateful to them, and dependant on them, natural candidates for an Upper Canadian House of Lords.

Simcoe encouraged settlers to come from the United States to settle in Upper Canada, believing that their “natural”, albeit hidden desire to live as far from a mob-ruled democracy as possible, would make them loyal subjects of the Crown once again. On one level, he was very successful. By the time war broke out between Britain and the United States in 1812, more than 60% of the population of Upper Canada were Americans.

The township grants did not, however, work out as planned. The “gentlemen” trusted to fill them with loyal settlers turned out in all but one case to be land speculators and failed to do what they had promised in applying for the grants. The entire scheme was cancelled in 1796, and the townships taken back by the Crown. Ontario might have had a ruling, land-owning aristocracy, if Simcoe and friends had succeeded in their plans. Instead, we have developed into that mob-ruled democracy he so feared. 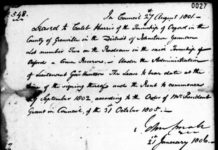 The rush to unite