As can be seen from this list, Equal Voice is a multi-party organisation, with individuals from all political parties working together for a common cause. Women are over 50% of Canada’s population and currently comprise an average of 25% of Canada’s municipal councils, provincial legislatures and the House of Commons. Equal Voice is out to change that. The Executive Director of Equal Voice, and National Spokesperson for the organisation, is North Grenville resident, Nancy Peckford. Nancy has quite an exceptional record of political activism stretching back to her family roots in Newfoundland and Labrador, where her uncle, Brian Peckford, was Premier for ten years.

She has worked as a Canadian Parliamentary Intern in the House of Commons, spent time in the United Nations with international women’s advocacy groups, and has been in Belfast during the negotiation of the Good Friday Agreement, as well as in the European Union headquarters in Brussels. Now Kemptville is her home, where she lives with partner, Craig, and their three children. Nancy knows what it means to be a woman in politics, a working mother who commutes and juggles schedules, and her commitment to Equal Voice is based on those deep roots and extensive experience of Canadian political life.

Facilitating women’s voices in Parliament, provincial Assemblies and Municipal Councils is something she believes is both necessary and of tremendous potential benefit to the community at large. As she says: “When I first arrived on Parliament Hill in 1999, there were few women in the House of Commons. Only 19% of the House, in fact, and that was very obvious in Question Period, where male attitudes and behaviour were intimidating.”

The goal of Equal Voice is to achieve more gender balance in governing bodies. It is a big tent, as Nancy says, a multi-party, not non-party, organisation. “Everyone is at the table, supported by male colleagues. Research around the world shows that women tend to have a different approach to governance. There tends to be more balance when allocating tax resources, for example. The differences are stylistic, rather than in the values women hold. Women are not a homogenous group, we differ on policies, obviously, supporting different political parties. It is more a matter of how they approach issues and decisions.”

That different attitude needs to be reflected in our governing bodies. “Women are motivated to make a difference. More focussed on the kind of change they can make. Cynicism that exists around politics is an issue, often preventing women from seeing political life as a worthy profession”, Nancy believes. In terms of municipal government, Nancy thinks women find it hard to see themselves as candidates for Council. “On a municipal level, Equal Voice is partnering with the Federation of Canadian Municipalities to bring about systemic change. Municipal government may seem more accessible to women, but the numbers don’t bear that out. Municipal council have exactly the same percentage of women members as in the House of Commons. There is very good data showing that women are making breakthroughs in the urban centres, but in rural areas they are much less likely to be a candidate and succeed. Networks have to be built from scratch, and maintained, by the individual candidate. Remuneration is so limited. Women who are jointly supporting their households can’t serve on councils for $1,500 a month. It’s a tragedy in this community that Council won’t add more members”.

Equal Voice works on a provincial level with the Association of Municipalities of Ontario, for example, to change accessibility for women. Nancy Peckford, and so many other women in leadership positions in the community and across the country, are examples of what can be achieved, even against all the systemic obstacles society erects, to bring about the cultural change that will benefit every individual in the community. Women need to think about running for office. Equal Voice is there to encourage and support them. 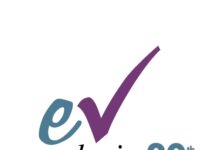 Daughters of the Vote