The Ottawa Carleton Plowmen’s Association (OCPA) Plowing Match was held on August 23 – 24, at Domaine Perrault Winery near Navan. On Friday, there was a brief opening ceremony followed by a VIP Plowing Competition which was won by Kendra Stanley, 2018-19 Ottawa-Carleton Queen of the Furrow, followed by Terry Marcotte of Bell Media and Ottawa Councillor Eli El-Chantiry.

On Saturday, 34 plowers, using both modern and vintage tractors as well as horses, vied for titles in the OCPA Plowing Match. It was a big day for Ron Stinson of Kemptville who placed top-of-class in: 2-Furrow Mounted Plow, (open split required; 21 years and over); Best Plowed Land; Best Open Split; Best Crown; and Best Finish. The CPC-16 Award of $500 was divided equally among all competitors in Classes 2 and 9, including Ron Stinson.

All plowers must compete at local matches to be eligible to advance to the upcoming International Plowing Match (IPM) and Rural Expo to be held in West Nipissing, Ontario, on September 17 – 21.

OCPA 2018 Plowing Match results are in! 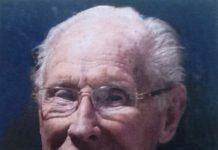