“There are some things I learned this year, most notably is that raising awareness has a positive effect,”said current North Dundas mayoral candidate Tony Fraser.

Fraser was one of 11 individuals who participated in the 2nd Hunger Awareness Challenge, which was organized by Community Food Share (CFS) and House of Lazarus (HOL). The above statement was part of Fraser’s answer to Day 5’s daily question. He also said: “I believe that last year’s challenge had some impact on the increase in local fresh produce available this year. This week, when I would start a conversation about me being a participant and about the struggles I encountered, there seemed to be fewer dismissive comments about the function and need for services provided by [local food banks].”

Mike Barkley, Maggie Boyer, Breckyn Fowler, Matthew Gates, Lois Lannin, Jonny Parks, Tanya Philion, Kim Sheldrick, Barb Tobin, and Mark vanDelst joined Fraser for the five-day challenge last month. Each had their own realizations, some similar to their co-champions and some not. What the majority agreed upon was the negative impact on their health, whether physical, mental, emotional or social.

“There’s an emotional and social side of it. It was a very isolating experience. Food in our house is enjoyable. It’s an experience.

It’s pleasurable and you get some satisfaction out of it. That week, it was mechanical. It was depressing,” vanDelst said during the October 4 wrap up session. Meanwhile, Fraser said he’s used to being able to stop for coffee with friends, but when you’re on a limited budget, as he was for this challenge, that’s no longer an option.

Some noted a decrease in energy levels, including Gates, who said the impact of eating mostly carbohydrates versus fresh produce had such an impact that he was unable to complete his regular workout routine.

“[It’s] certainly always eye-opening to be so continually aware of your food supply,” Tobin said. Sheldrick agreed, adding that it’s necessary to plan every meal when your food supply is limited. She also noted that it’s a challenge to create something delicious, let alone edible, when all that is left in the fridge or cupboard are items that don’t typically go together.

HOL executive director Cathy Ashby said that many food bank clients are focused on surviving rather than thriving.

From his experience in this challenge, vanDelst agreed. “I realize how little I generally spend thinking about food and so I’m free to focus my mind and thoughts on other endeavours.

That gives me an advantage, especially compounded over time,” he said. “You spend more of your energy thinking about food and that’s time and energy you don’t get to spend on bettering yourself.”

In addition to recognizing the challenges food bank clients face, the Hunger Awareness Champions had some advice on how to make things better, from spreading awareness to more practical immediate antidotes.

Sheldrick suggested creating recipes based on the items clients receive from the food bank, which was something Fraser had suggested after last year’s event. During the October 4 event, Ashby reassured the group that this project was in the process of being completed with the assistance of a dietitian.

There were also revelations made concerning the variety and quality of food available through the food bank. Boyer’s challenge experience shed light on the need for good quality coffee, while Parks noted the lack of fresh fish and seafood, something food banks never see come through their doors. Although many were impressed with the availability of fresh produce, there was still a concern that there wasn’t yet enough. The challenge also raised awareness concerning the types and quality of meat and dairy available. While some sort of meat is usually on hand, it’s uncertain what will be in stock when a client visits.

“Going forward, I will certainly reconsider the type of donations I make to the food bank,” Fowler said. “ And I will never take for granted the fact that I have so many options.”

While the feedback will help both food banks serve their clients better, it is the awareness-raising component of the challenge that will have the biggest impact.

During the October 4 wrap up, Ashby noted that the stereotype heard most often is that clients abuse the system. This stereotype is easily squashed by the facts.“We don’t see it. We don’t see it in our statistics,” she said, noting that the statistics show that one-third of HOL’s clients visit the food bank monthly, while one-third visits situationally and the remaining third, possibly seasonal workers, visit five-to-six times per year.

Fraser said there’s a need to counter those stereotypes.

“We, as advocates, continue to make [hunger] a subject that’s not taboo,” he said. “It’s important for us as a community to speak about it.”

To learn more about the Hunger Awareness Challenge, visit www.houseoflazarus.com/hunger-awareness-challenge.
. 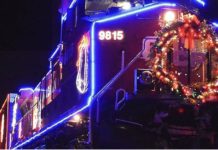 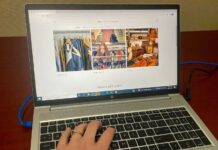 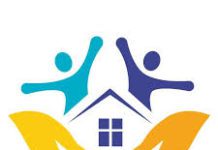