A local entrepreneur is looking for support to help his unique business through COVID-19. Darren Boyd has been running Reptile Rainforest in Kemptville for the past 25 years. After graduating from Zoological Animal Sciences from Central Florida Community College, he worked at several Zoos in Florida, caring for both large and small exotic animals. When he returned to his hometown of Kemptville, Reptile Rainforest was born, and he has been dedicating his life to educating people about these often-misunderstood creatures ever since.

Darren’s main business is doing reptile shows in the Eastern Ontario area. Usually, his touring season starts in March and ends in September, with very little over the Winter. Darren was preparing for his March Break shows when the pandemic hit, and his bookings started to get cancelled. “I had shows booked into August and, of course, everything is just blown out,” he says.

Even without the pandemic, Darren’s reptile business just breaks even, after paying all the costs of caring for his roughly 100 animals, includ- ing snakes, frogs, turtles, and lizards. He also breeds snakes for sale; but is not raising as many this year, because he was unsure what the market would be like. Without his usual season of shows, he is unsure whether Reptile Rainforest will be able to survive the Winter. 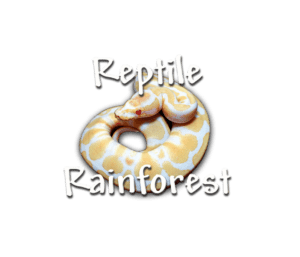 “Most small businesses are struggling right now; but mine is impacted a little bit differently, because just being a one-person operation, I can’t very well just put my supplies on the shelf and wait for it to blow over,” he says. “I have animals to feed.”

Even Darren’s other career as a musician isn’t doing much to help his financial situation right now. At the beginning of the pandemic he had released his first solo album, which was getting great reviews all over the world. “All that momentum that started to pick up just kind of plopped down,” he says. “It just kind of happens to be a double whammy that I’m an artist and I have the business doing reptile shows.”

Right now, Darren is keeping the lights on with the job he has at the North Grenville Public Library, and is working on his second solo album, which is set to drop next month. He says that, besides the economic impact of COVID-19, not being able to do what he loves with his reptiles and his music has been very difficult. Responsible breeding, and educating people about reptiles, is something he has always been very passionate about, and he loves when he sees his audience being entertained and educated through his presentations. “It’s even bigger than that, in a sense that everybody wants to save the planet now,” he says. “But a lot of people don’t realize that our planet is the scorpions and the toads and the snakes. It is very important for people to gain appreciation of the wildlife we have here in our own backyard.”

Still reluctant to ask for help, Darren has created a GoFundMe campaign to help his business survive through the Winter. “I estimate a loss of $15,000, but I really just want to make it through the slow season and hopefully be able to get back to the work that I feel is so important,” he wrote on his page.