The headline is: no new cases in the community and no new death since June 16, and there are no active cases in the Leeds, Grenville and Lanark region of the Health Unit. This is really good news, and should be celebrated – carefully. Premature relaxation of measures have led to spikes in confirmed cases in other jurisdictions, so it is best to follow Health Unit advice in these matters.

Overall, since the beginning of the pandemic, there have been 352 lab-confirmed cases of Covid-19 in the Leeds, Grenville and Lanark District Health Unit [LGLDHU] area, of which 299 have recovered. 78 of these were in the com- munity, 85 were healthcare workers (all recovered), and 189 were in long-term care or retirement residences, of which 139 have recovered.

The total number of deaths in the region was 52, of which 3 were in the community and the remainder in long-term care or retirement residences. One long-term care facility, in Mississippi Mills, is still reporting a covid-19 related outbreak.

The case fatality rate is 15%, much higher than the 1% that was expected at the start of the pandemic. In the LGLDHU region, 64% of those who died were female, and the median age of those who died was 86. The youngest person to die was aged 56, and the oldest was 104. 96% of deaths were in the 65+ age group.

On another note, there have been a number of posts on social media sites, including the Times Facebook page from people spreading the conspiracy theory that the pandemic is a hoax, that covid-19 is just a flu, and that it is all part of a campaign of fake news from what they term “a bought and paid for media from a liberal government with an agenda”. I hope this is just a rather deluded minority, as they reference a website that claims the UN and world governments are attempting to kill off 90% of the world’s population. They claim that face coverings, vaccinations, irradiated food, and smart meters (their spelling) are part of the conspiracy.

Whatever their beliefs, no sources or footnotes are given for any of their claims, and the global death toll and confirmed cases of covid-19 leaves them unmoved. I mention this only because they have posted on our Facebook page, and would like to dissociate the Times from their rants. 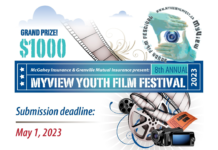