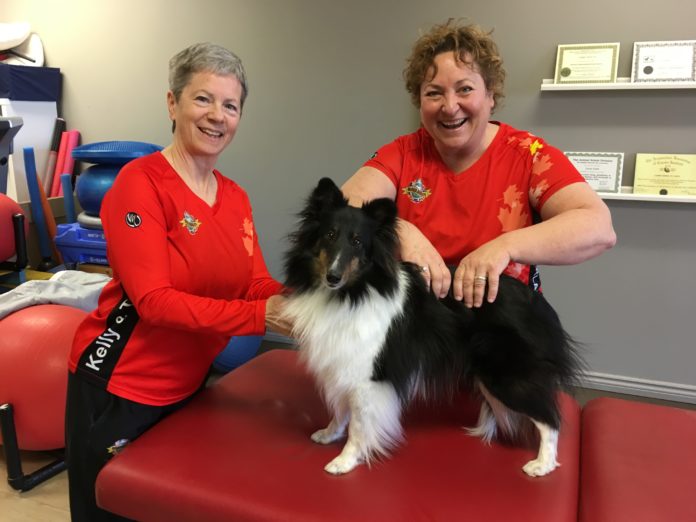 A local business owner is preparing to support Team Canada’s two-legged and four-legged team members in this year’s World Agility Open in the Netherlands. Carrie Smith is the owner of Kemptville Physiotherapy Centre in North Grenville. She has been working as a physiotherapist for over 30 years and started treating dogs about 15 years ago. “As a professional, you are always searching for a new challenge,” Carrie says about getting her certification to treat dogs. “I have always loved animals.”

After working in vet clinics with clients for just over ten years, Carrie decided to expand her practice and open up a canine physiotherapy clinic right next to her practice in Kemptville. Her Animal Rehabilitation clinic is one of only three of its kind in Canada. Carrie’s clients come from all over Eastern Ontario, Quebec, and even the United States. “They come from up to two hours in each direction,” she says.

Carrie got hooked up with Canada’s National Agility team through a couple of her clients. Kelly St-Jacques has been competing with dogs in agility for over fifteen years. Most recently, she has been competing with her seven-year-old sheltie, Tango, who has excelled in the sport and qualified for Team Canada for the past two years. “She has a lot of work ethic,” she says. “It’s all about me and the game.”

Last year, Team Canada put out a call for a healthcare professional to support the team in their training and at the World Agility Open in the Netherlands. Carrie applied for the position and was hired, based on her personality and her unique ability to treat the dogs and their handlers. This is important, because both the dogs and their humans have to be in great physical shape to perform their best in competition. Carrie also has experience working with human athletes, having travelled with Canada’s national rugby team in the past. “The only difference between working with rugby players and dogs, is that the dogs smell better,” she says laughing.

In all seriousness, Carrie says that treating humans and dogs isn’t all that different. “They have the same muscles and joints. The main difference is that dogs don’t have a collar bone.”

When she treats canines, Carrie does take into consideration the breed, as they tend to suffer from different issues based on their bone structure. “Shelties tend to get stiff shoulders,” she says, massaging through Tango’s thick fur.

Kelly says the trick to keeping dogs in tip top shape is to be proactive, not reactive. Both Tango and her older dog, Victory, come to Carrie for regular sessions. Carrie also treats Kelly herself, who has had several sports injuries from competing with Tango at such a high level. All three of them, human and dogs, are treated by Carrie in the same one-hour session, using many of the same techniques. “They get the same injuries,” she says, “I use acupuncture, electrical muscle stimulation, laser and shock wave therapy.”

Carrie says that treating dogs is even easier than treating humans. “They will do anything for liver treats,” she says.

Team Canada will be headed to the World Agility Open in Ermlo, Netherlands. The dogs will compete in both team and individual events, with the hope of earning a medal to bring home to Canada. Carrie will be traveling along with the team to make sure everyone is in tip top shape to compete. They will also have a massage therapist on hand to soothe the participants’ sore muscles. “It’s just like human world championships,” Carrie says. “The doggie Olympics.” 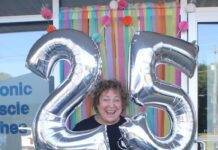