A local man is speaking out on behalf of his business and his staff after his staff received what he believes to be unfair parking tickets at his office building. Rob Lunan’s office building – which houses his accounting business – is a commercially zoned building on Elvira Street East in Kemptville. The building has a short driveway, and two off-the-road parking spots in the front. Staff have been parking in these spots without issue for years, but earlier this month, that changed. 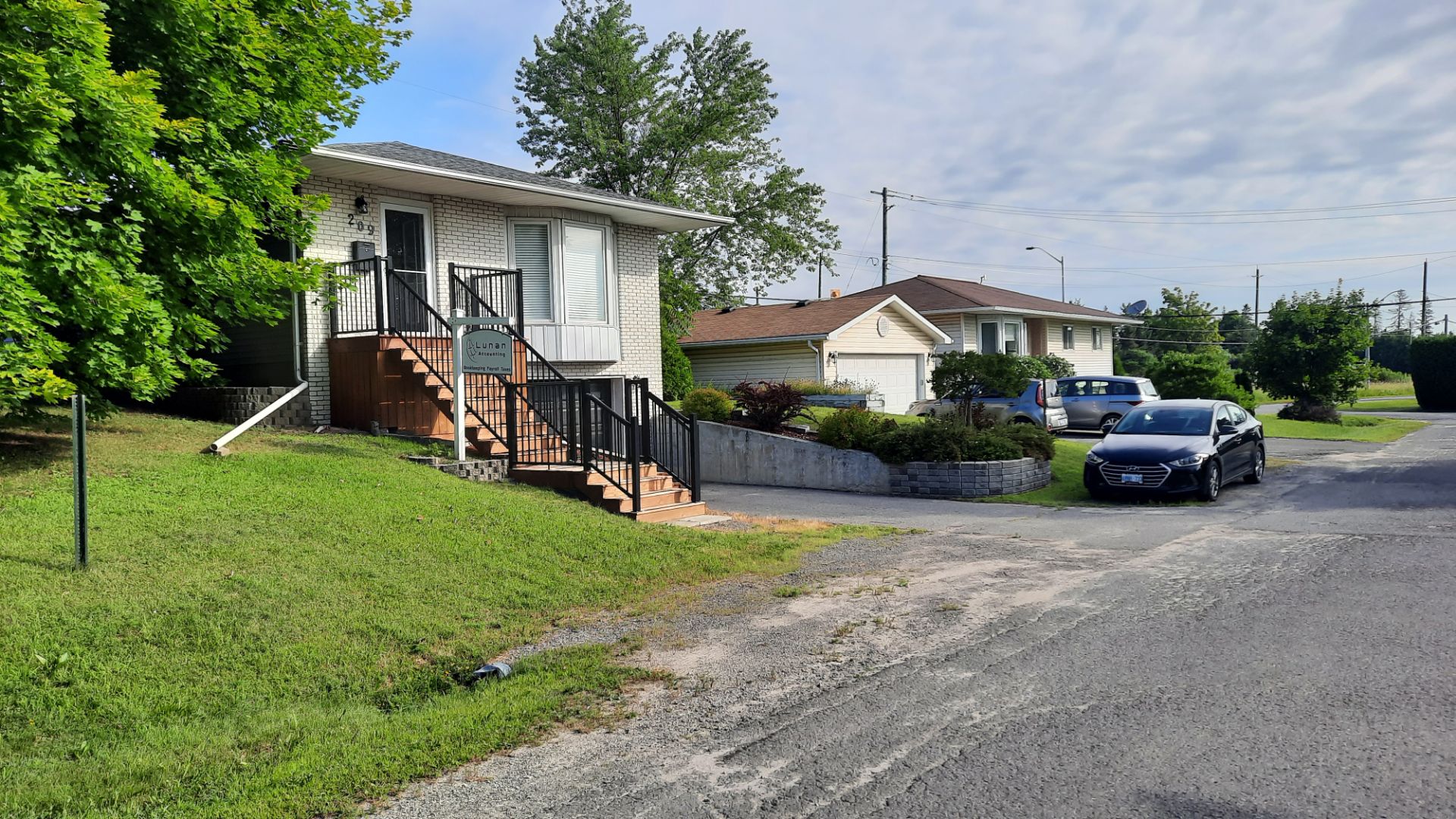 “On July 7, our employee contacted us and said she got a parking ticket for parking in her usual spot,” said Rob. “From reports on social media, it looks like many others in town were also ticketed on the same day.” To make matters worse, Rob and his wife (who is also his business partner) were away on vacation at the time, after having spent three years working without any time off. They paid the ticket from afar so that their employee wouldn’t incur more penalties, but now they want a refund, and a resolution so that the problem does not happen again.

Rob is particularly upset because of how long the building and its parking situation have existed without incident until now. The building was constructed in 1986, which Rob points out is a full 12 years before the Municipality of North Grenville was even formed. Rob reported that in talking with North Grenville By-law Manager Jeff Baribeau, he learned many other noteworthy things. “Back [in 1999], there were no onstreet parking restrictions, so staff could park anywhere on the street,” he said. “However, that changed sometime between 2009 and 2012 when the three-hour parking restriction was made.” Rob also learned that the By-law is only enforced when someone complains.

“The parking spots straddle the culvert and were grandfathered in as off-road parking spots for the commercial building to function,” said Rob. “Our staff has been parking there without incident for several years now since we bought the building.” He argues that the Municipality should never have allowed commercial zoning for his building if there wasn’t enough parking available for up to the eight employees that the building can house. “Overall, this goes to show a lack of planning at the municipal level,” said Rob. “As the community grew, and continues to grow at a fast pace, more free parking areas should have been made available. What are our employees supposed to do? Park by the pool and walk 20 minutes to work in a snowstorm? That doesn’t play well in a tight labour market, or any market.”

Now, Rob is taking aim at what he calls “disturbing municipal staff behaviour”. He pointed out that many public servants do not understand what it takes to run a business, which includes paying bills and retaining employees. “Ticketing employees for parking where they have a right to park is not helping things,” he said. “Are we green and growing or bureaucratic and bumbling?”

Mayor Nancy Peckford weighed in on the issue, telling the Times that “Mr. Lunan alerted my office to his concerns and I immediately asked municipal staff to review if a ticket was, in fact, warranted. If it wasn’t, it will be rectified. Council also expects to review whether or not the current parking By-law for the downtown is suitable given the evolving needs of our local business community and residents.”

For now, a solution has been offered – Jeff Baribeau suggested that parking permits be issued for the employees of the office, so that By-law officers know not to issue tickets to office employees for street parking. However, Rob does not believe it is a permanent solution, since permits can be withdrawn, and future managers may not have the same policy. For now, it will have to do.