A local author is promoting her first novel, which is full of mystery, suspense, self exploration and horses.

Originally from Sussex, England, Catherine (CJ) Butler now lives in Kemptville with her 8-year-old daughter. She and her husband emigrated to Canada 8 years ago, looking for adventure and settled in Kemptville because they wanted a small hobby farm and horses. Catherine first started writing her novel, The Japson Club, after she moved to Canada and had her daughter. “I was always very good at English,” Catherine says. “When I had my daughter, I got the urge to write again.”

After trying to sell the book to several large publishers, Catherine decided to self-publish with a group in Vancouver. They designed the layout of the book as well as the cover, which features a cliff on the Sussex coast which is central to the novel. “It’s like they pulled what I wanted out of my brain,” she says.

The book went on the market last fall and since then Catherine says the response to The Japson Club has been incredible. “I had no idea if it was good or not,” she says modestly. “But it has been so well received.”

During the first round of printing, Catherine found out that a whole chapter was missing from the book (much to her horror) but was still able to sell all 30 of the “special editions” with the chapter inserted loosely in it’s rightful place. The book has received many great reviews from friends, family and strangers who have purchased it online through Amazon and Indigo. “Even my boss said he couldn’t put it down,” she says.

Catherine says the book is really a marrying of two stories, one of self discovery for her central character, Anna, and the other of mystery, suspense and foul play surrounding Rosemont, a high brow equestrian club in Sussex. The horse in the book is based on a horse she used to ride in England named Tom who passed away. “He had huge character,” Catherine says.

Catherine would love to make writing her full-time job but, for now, she still works with a project and property management company in Ottawa, writing in her spare time. She is currently working on a sequel to The Japson Club and is enjoying the writing process. “I play meditative music and burn incense,” she says. “I am just about half way through writing the sequel.”

The Japson Club is being sold at The Bodhi Tree Yoga centre in downtown Kemptville. It is also available online on Amazon and Indigo in both e-book and hard copy. Catherine says the caption on the cover of the book says it all about The Japson Club “You’re always a member and there is no checking out.” 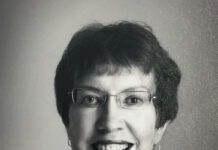 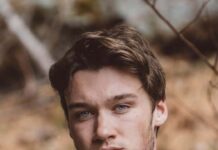 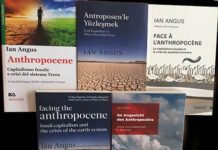