The Lions Club of Merrickville has completed their most recent project: a community bandstand in the Blockhouse Park. The project was spearheaded by Merrickville Lions Timothy Molloy and Rod Fournier in 2017 after the club’s idea for a community washroom fell through. They decided to reallocate funds and focus on constructing a bandstand in the park to serve the entire community. “We thought it was a project that would be beneficial to the town, but also the people of the town,” says Lions Club member Don Ramsay, who took the lead on the project in November 2018.

Through consultations with Parks Canada, the project morphed from a round gazebo to a rectangular pavilion, complete with electricity hook up and lights for concerts and other events. They also used a genuine cedar shake roof in keeping with the heritage of park. “Parks Canada wanted it to blend in with the other buildings,” Don says. The Lions also learned that the rectangular shape was preferable for bands, because there are fewer posts to obstruct the view of an audience.

Made out of yellow pine, the parts for the bandstand were made in North Carolina and shipped to Merrickville-Wolford as a kit. Don notes that about fourteen community volunteers put the structure together over three 12-hour days. Most of the people working were over the age of 60. 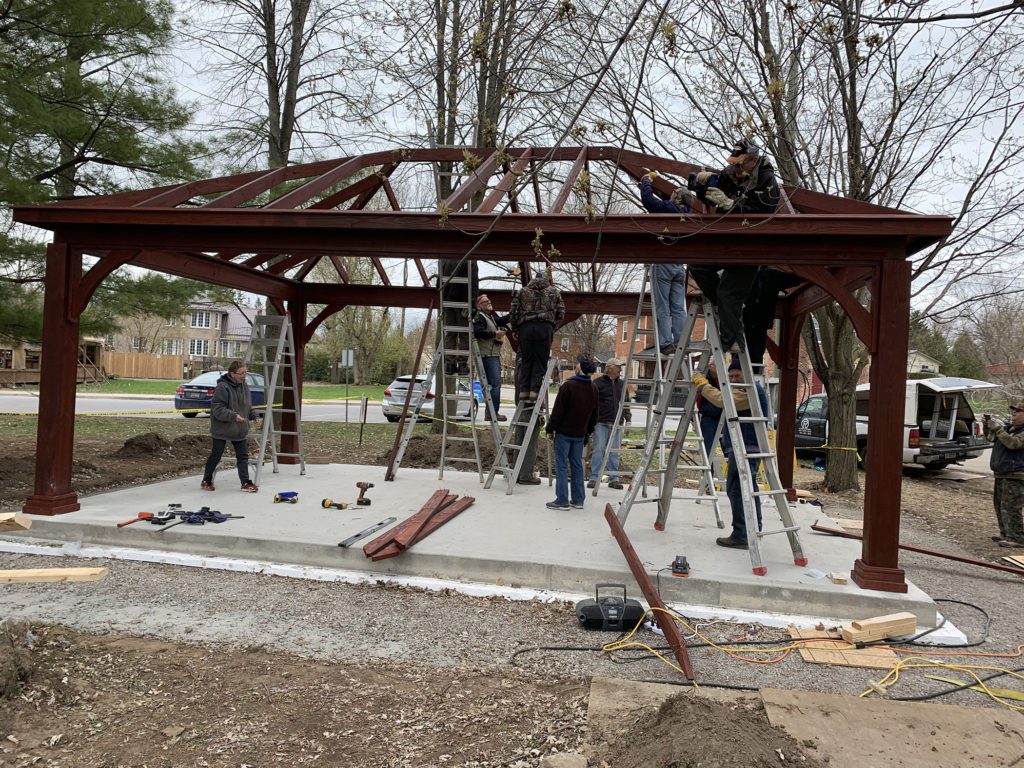 Local farmer, Kim Weedmark, loaned them a hay wagon, and Lions Club President, Gerry Seguin, contributed a tractor to transport the pieces to the site location. Local business, Satellite Truss, loaned their equipment to the group to get the pieces off the wagon and into place. The concrete slab, electrical hook up, roofing and landscaping were all subbed out to local contractors.

The Lions Club used monies raised through various fundraising initiatives to pay for most of the bandstand; however, the Village of Merrickville-Wolford did contribute $7000 to the project. Although it is on Parks Canada land, the bandstand is the property of the Lions Club, and they are responsible for maintaining it and managing its use. Don says it is available for anyone in the community to use for free. “The idea is to have a covered area [in the park] for bands and other things,” Don says. “Anyone can schedule an event, free of charge, at the Lions Club Campground.” Parks Canada would still like to be made aware of large and for-profit events in the park that use the bandstand. However, the Lions Club can also help facilitate those conversations.

The completion of the bandstand has come just in time for the Lion Club of Merrickville’s 65th anniversary this year. In fact, Mayor Doug Struthers had declared June 29 as Lions Club of Merrickville Day in the municipality to celebrate the signing of their charter on that day in 1954. A celebration and official opening of the bandstand will be held on August 24, 2019.

Don says it is very rewarding to see the bandstand project come to fruition. “[We] wouldn’t have been able to accomplish this without the community volunteers,” he says. “[The bandstand] will be around hundreds of years from now, I am sure.” 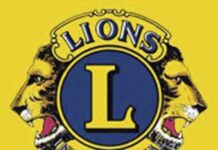 Lions Club signage to be displayed at Village entrance ways 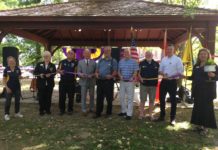 Blockhouse opens for the season