Explore the hidden history of the Limerick Forest Monday, May 13. At noon, join members of the Rideau Valley Archaeological Society, Forest Manager Geoff McVey, and Historian Dr. David Shanahan at the Limerick Forest Interpretation Centre to begin the visit to some of the mid-19th-century abandoned farmsteads.

The original part of Limerick Forest, Limerick South, was settled in the late 1840s by Irish immigrants. However, much of the sandy soils laced by marsh and limestone outcrops proved unsuitable for agriculture. Between 1900 and 1930, many families abandoned their land.

This will be an opportunity to identify obvious and obscure sites, which we will geo-position, and plot on maps to identify original owners in county records. We’ll have an eye open to potential First Nation sites.

Apologies for this being a weekday; Geoff is a county employee. Those who attend will be able to lead a weekend walk in the near future for those unable to be with us.

Come rain or shine. Pack a lunch. Bring your camera. 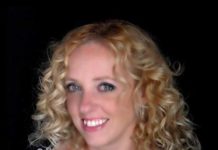 A Guide to Fact Finding and Archival Exploration 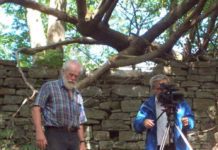 Archaeology: a Community venture revealing the past