Today, January 31, is Bell Let’s Talk day. Since 2010 Bell has been hosting one day a year where they donate five cents for every social interaction facilitated by their network to a mental health initiative in Canada.

The campaign has had some well-known spokespeople, including Clara Hughes, the Olympian who has been very open about her battle with depression. Not only is the initiative meant to raise money, but also to spark the conversation about mental health in general.

There is a lot more talk about mental health floating around than there used to be. There is even a clothing line called “Wear Your Label”, based out of Toronto, that features clothing with tag lines like “anxious but courageous” and “it’s ok not to be ok”. You can literally wear your emotions on your sleeve. There are so many social media influencers online that preach self love and acceptance and promote self care and compassion. More and more people are coming to terms with the fact that we all have mental health issues, and that it varies from day to day, just as much as our physical health does, and it can depend on so many factors and outside influences. The neurological pathways in our brain are just as, or even more complicated, than the cardiovascular system that keeps blood pumping through our veins. If you are in danger of a blood clot, you take blood thinners; if you can’t escape a cloud of sadness, you take antidepressants.

Don’t get me wrong, I think the Bell Let’s Talk Campaign and all the other initiatives out there are great. Anything that facilitates the conversation around mental health is a good thing, in my books. However, as someone who has been navigating the mental healthcare system for over a decade, what concerns me is what happens after a person has taken the brave step of opening up about their struggles and asked for help.

For someone just getting help for the first time, first in line would most likely be their family doctor. Unfortunately, many GPs have very little training in mental health issues and are often as clueless as the person asking for help when it comes to navigating the complex and disjointed mental health system (if you can even call it that). For a person living close to Ottawa, they might be referred to The Royal Ottawa Mental Health Centre, which has waiting lists for appointments that are months long. No matter how validating or compassionate the doctor may be, there is almost nothing, except prescribing medication (which comes with its own barriers), that they can do right away for a patient suffering from anxiety, depression or any other mental health issue. This can lead to a person feeling even more lost after the appointment than they were when they initially looked for help.

We live in a country that is highly regarded around the world for its universal healthcare, yet somehow this does not apply when it comes to mental health. Sure, you can see a psychiatrist (after waiting for months) for free, but unless you have good insurance, the cost of the medication they may prescribe comes out of pocket. Imagine you went to see a doctor who prescribed you a course of treatment, but you could not go through with it because of the financial burden. This is the reality of a lot of people struggling with mental illness. The are tons of therapists, psychotherapists, counsellors, and psychologists out there, but they all come at a price, usually falling somewhere between $150 to $250 per hour. Not cheap, especially for someone who may not be able to hold down a job because of their mental health.

Stigma is definitely one of the barriers when it comes to getting help for mental illness, but it is not the only one. Even with all this talk about mental health and wellness, the system for treating mental illness in Ontario is severely broken. It is difficult for the various levels of care to talk with one another, making it easy for people to slip through the cracks. We would have less people needing to be hospitalized for extreme mental health issues if there were more services available to people in the community to help them cope in their everyday lives.

It is time to do more than talk. It is time to demand that mental health be taken just as seriously as physical health in our healthcare system. It is time for real change and the creation of a system that supports someone suffering from mental illness, from initial contact with a healthcare professional to creating a comprehensive treatment plan that is feasible and affordable for someone at any income level.

So today, let’s talk about more than just ending stigma, but about systematic change in the way we deal with mental health. Let’s call for action. Because talking about it is just the first step. 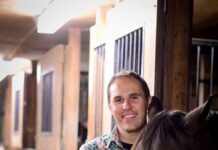