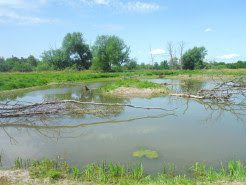 One of the more controversial developments in North Grenville in the last decade has been in the Northwest Quadrant, that area lying between County Roads 43 and 44, behind Food Basics. Controversial, because the development of the land involved the destruction of important wetlands, in spite of assurances from municipal staff that this would not happen. The original plans for the Quadrant included impres- sive drawings showing how the new housing would look out on “panoramic views over wetlands”.

The drawing was used to obtain planning permission from the Municipality, and was then subsequently and quietly dropped. Instead of the development shown on the drawing, there has been intensive building, clear cutting of trees, and the draining of the wetland which were promoted as a valuable attraction for new home owners. 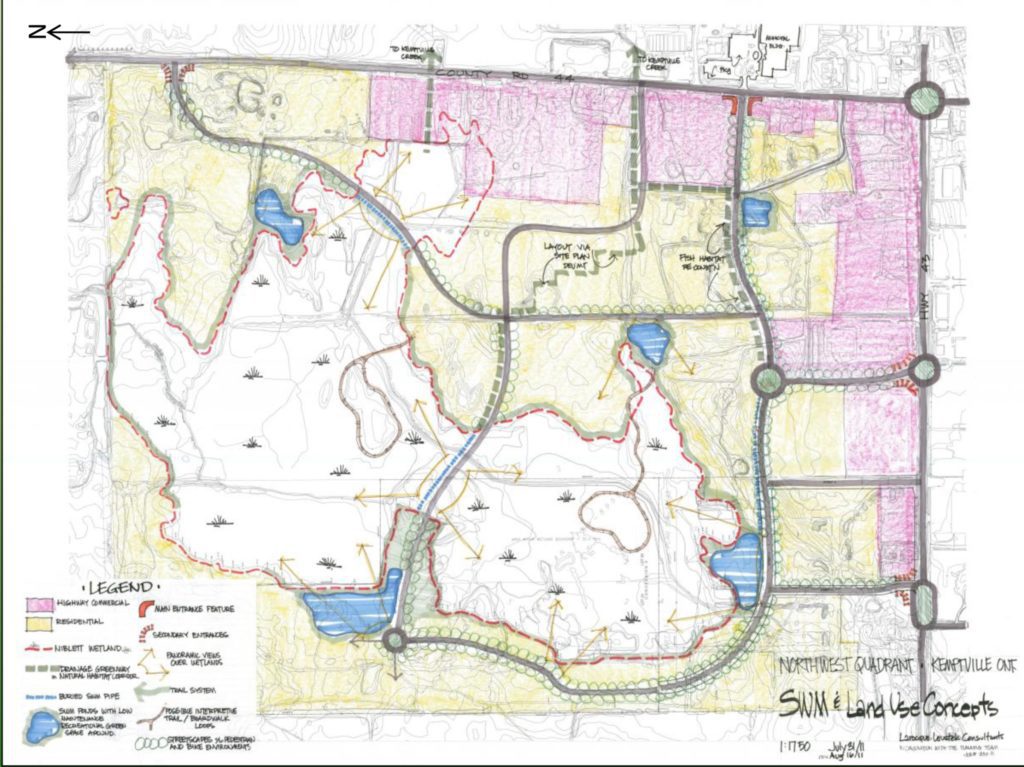 This is old news, of course, as is the assurance by municipal staff that the wetlands would be somehow restored, once the actual construction was completed. It is difficult to see how this can now be accomplished, as the land is covered by housing, not wetlands.

However, if there is any remaining chance of restoring those wetlands, or even any willingness to do so, a very promising project in the City of Ottawa may provide some inspiration and ideas.

Last year, staff at the Rideau Valley Conservation Authority [RVCA] and the National Capital Commission created 10,000 square metres of new wetland habitat along Stillwater Creek, just south of the new Department of National Defense headquarters off Moodie Drive and Highway 417. According to an RVCA report, staff at the NCC and RVCA discovered the wetland had been suffering annually from extreme low water conditions. Most of the year the wetland was completely dry, dominated by long, reedy grasses that don’t encourage much biodiversity.

Now, the restored wetland areas have been reconnected to the groundwater system and feature three large, permanent ponds of varying depths, with logs and branches for fish and wildlife habitat and a range of native wetland plants.

The transformation has been described as “nothing short of miraculous: in just one season, RVCA biologists and field staff have witnessed a huge comeback for frogs, birds and fish.

Staff have spied a spotted sandpiper, nesting killdeer and a yellow warbler. Frogs have moved in and will likely stay the winter. And they’ve found a wide variety of fish in the new habitat, including pearl dace, brown bullhead and blacknose shiners”.

Walking trails are already present all around the wetland, connecting to the Watts Creek pathway off Corkstown Road. One can only imagine how such a trail would fit into the exist- ing Trail System in North Grenville, and how attractive such a walk would be, linking up quite easily with the trail between County Road 44 and River Road.