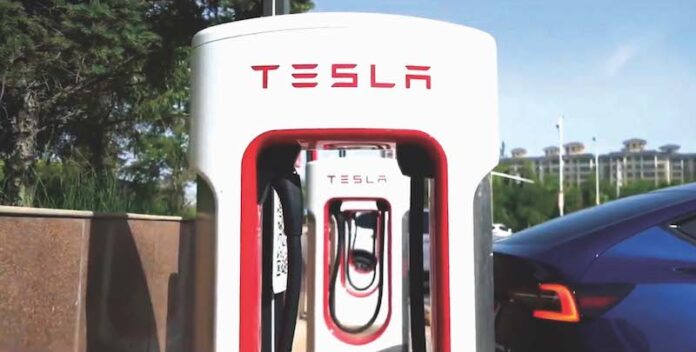 Kemptville will soon be home to a new Tesla Supercharger station, according to the electric car manufacturer’s website. The station is slated to open sometime between April and June of 2022, allowing a short timeframe for its construction. It is planned to be built at the Canadian Tire location in Town, and will serve as a midway charging point for Tesla drivers travelling between Ottawa and Kingston. Many Kemptville Tesla owners will surely take advantage of it as well. This latest build will put Kemptville on a short list of small towns and cities in the area with a Tesla Supercharger station. Others include Casselman to the northeast and Cornwall to the southeast. Brockville does not yet have a Supercharger station.

Electric vehicles are being developed and have sold quickly in recent months, with a focus on providing an alternative to fuel-burning cars in the wake of rising gasoline and diesel costs. Incentives exist for the purchase of electric vehicles, such as a $5,000 rebate for vehicles under a set cost. Most Tesla vehicles are too expensive to qualify, but many other brands do. Some provinces also offer rebates, but Ontario currently does not. However, drivers of green-plated electric vehicles are permitted to use carpool lanes in Ontario, even when driving alone.

Many working class families who have been hit hard by gasoline and diesel price increases have scoffed at the suggestion that they could save money by driving an electric car, since such vehicles are still relatively new to the market and are therefore financially inaccessible to many, but particularly to those who are already struggling to pay rising fuel costs. Despite this, there are predictions that electric cars will dominate in the future, especially with many countries, including Canada, making firm commitments to achieve net zero carbon emissions in the near future.