A local Kemptville business is celebrating a significant milestone this month. Kemptville Physiotherapy Centre has been in business in Kemptville since October of 1996. The Centre employs over a dozen professionals, and serves both human and canine clients. But it wasn’t always that way. Owner, Carrie Smith, spoke with the Times about the Centre’s humble beginnings. 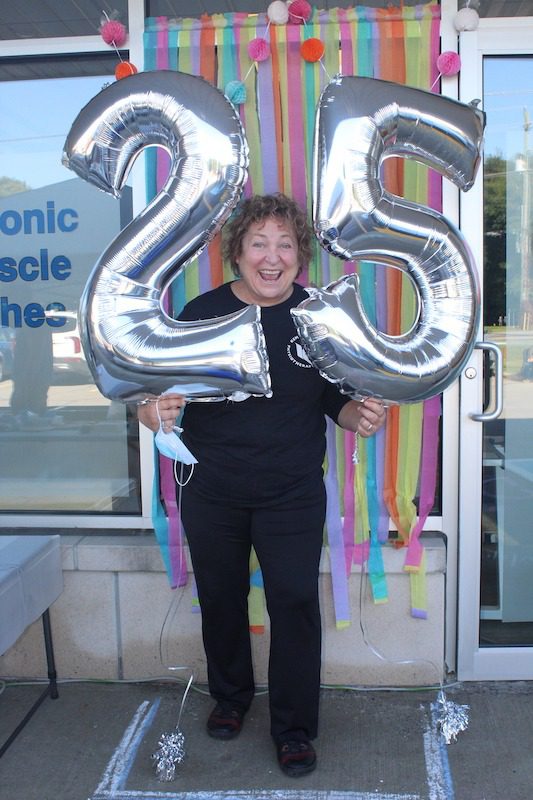 After graduating from the University of Western Ontario in 1985, Carrie lived in Alberta for a few years before moving back to Ontario. She lived first in Barrie, then in Ottawa, before settling in North Gower. Having experience as a physiotherapist, she finally felt ready to start her own practice. Kemptville was close by and had a very great need for physiotherapy services as there were no other professionals in town. Four doctors at the Kemptville Medical Centre offered their storage closet for Carrie to start her own solo practice in October of 1996, and her business was born. She had only a bed, a desk, and a phone in her office.

By the end of her first month in business, Carrie was fully booked. In March of 1997, things changed for Carrie when she was chosen as a physiotherapist to cover a Hockey Canada tournament. She was pleasantly surprised to discover that it was the Women’s National Team. She was subsequently invited to accompany the Team to the championships and, eventually, to the Olympics in Japan in 1998. Carrie was grateful to have the help of another local physiotherapist – Kelly Glynn – to keep her clinic open part time while she helped the team train in Calgary.

When Carrie returned from the Olympics, she and Kelly joined forces, got their first computer and hired their first receptionist. From there, the business grew gradually with four expansions, including the addition of massage therapy, and a separate dog physiotherapy clinic next door. Carrie’s goal has always been to keep pace with the growth of Kemptville.

When asked if it feels like it has been 25 years in business, Carrie joked that it has been a fun and fast 25 years. It was a patient who reminded her about the 30th anniversary of her graduation from university after seeing her degree on the wall. “Oh, kill me now! Are you serious? It’s been 30 years!” Carrie joked about how she reacted to the patient at the time. “Time flies, especially when you enjoy what you do.”

Carrie has lots of memories from her decades in Kemptville. In her first location, there was no place for her patients to exercise, so they would have to exercise in the waiting room of the medical clinic. Over the years, as Kemptville grew, Carrie enjoyed sharing the Town’s milestones with clients. She remembers when Tim Hortons first opened in Kemptville, and clients would come in with greetings such as, “Oh my, have you been to Tim’s, yet?” The same thing happened for other Town milestones as well.

There have not been any significant challenges beyond what one would expect from being in business. As Kemptville has grown, Carrie has had to deal with some challenges, such as the busyness of Highway 43 which causes driving difficulties for staff and patients. It has also been challenging to keep up with the need for services in Town.

As Carrie is approaching her retirement years, she has begun to spend the majority of her time in the dog physiotherapy clinic. The challenge of learning new things in the dog clinic has helped to keep the work interesting for her; but this has been difficult for many long-time patients who wish to see Carrie.

Of course, Kemptville Physiotherapy Centre is very involved in the community, and committed to giving back to the community. The Centre values charity, and has been involved with charities such as Ryan’s Well. “We really like to keep it within Kemptville as much as we can,” she told the Times.

When asked how the Centre is celebrating its major milestone, Carrie confirmed that they are hosting multiple ways to celebrate throughout the month, including giveaways and a barbecue. The celebration is about thanking the community and the patients for their support. After 25 years, Carrie is still as positive as ever, telling the Times “When you enjoy what you do, it doesn’t feel like work!” 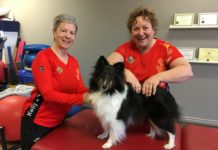