Last weekend, I had the honour of being invited to the Kemptville Legion’s Annual Veterans Supper. It may have been a cold and wet evening outside, but inside there was plenty of warmth and good companionship. Dignitaries for the evening were led in by Piper Peter Cook. 1st Vice President, Ron Anderson, then explained to us the significance of the single small table for one, standing alone on entering the Legion Hall. We were then led into prayer by Champlain Ken Gerhals of the Christian Reformed Church, and then a few words from Veterans’ Services Officer/Chairman and Master of Ceremonies Aubrey Callan and President Julie O’Brien.

The meal was catered by Kemptville’s own Catered Affairs, roast beef served with Yorkshire pudding. (This just happens to be my favourite dish) Kuddo’s to Natalie and her group for providing us with such an excellent meal. The food was served by the Sea Cadets, under the surveillance of Commanding Officer Lt(N) Jay Tousaw and Administration Officer A/SLt Sonya Clark.

The guest speaker for the evening was David G. Neasmith, OMM, MSC, CD. He described briefly his years in service and some of his more outstanding experiences. Many of the Veterans attending were given homage for their years of service. The oldest vet there was Harold Price, at the young age of 95?

Mayor Nancy Peckford and Julie O”Brien were given the task of unveiling a lovely painting donated by Carol Malcolm, in honour of fallen fellow soldiers. There were also gifts provided by a local organization called “Operation Thank A Vet”, comprised of fourteen groups/businesses.

Thank you, to all the people who were involved in organising this event, it was well attended and a very enjoyable evening.

The Legion would like to thank the following businesses: 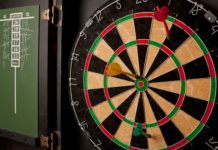