The Kemptville Black Sox men’s fastpitch softball team is returning for its second season in the Greater Ottawa Fastball League. Back to lead the 13-player team are pitchers Shannon Borho and Dan Thompson, along with two up-and-comers, Tom Hanna and Zach Thompson. “This year’s goal is to finish in the top half of the league to get home field in the play-offs,” says team spokesperson, Hugh Murray.

The season will begin on May 15 in Manotick against last year’s finalist the Kars Aces. Home games will be played on Wednesday evenings at Riverside Park at 8:45pm. The Kemptville Black Sox will be playing on home turf on May 22, May 29, June 12, June 19, June 26, July 3, July 10 and July 17. 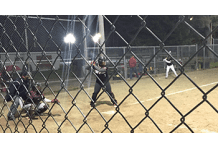 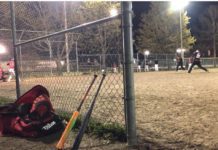 Black Sox near the end of the season