The Kemptville District Hospital [KDH] Board of Directors is pleased to announce the appointment of Dr. Penny McGregor as the Hospital’s new Chief of Staff, effective July 3, 2017.

Dr. McGregor brings to KDH 14 years of experience in patient-centred family medicine, combined with close to a decade of administrative experience gained as Clinical Chief of the multi-disciplinary Department of Obstetrics at Perth and Smiths Falls District Hospital [PSFDH]. She has enjoyed privileges at KDH since 2003.

Dr. McGregor received her Doctorate in Medicine from the University of Ottawa in 2000, and went on to complete her Family Practice Residency at the same institution. Dr. McGregor also holds a Master of Arts degree in Psychology from Carleton University. In 2014, she was awarded Fellowship in the College of Family Physicians, a designation that recognizes family doctors who distinguish themselves through outstanding contribution to their communities, their colleagues, and the discipline of family medicine.

Dr. McGregor succeeds Dr. Greg Leonard, a beloved family practitioner in Kemptville since 1983, a longtime provider of care to KDH patients, and mentor to numerous KDH physicians. Dr. Leonard served as Chief of Staff from 2009 to 2017, in addition to a previous stretch from 1986 to 1990; he remains committed to KDH. As his term drew to a close, he commented that he was looking forward to being able to devote himself more fully to his family practice.

At the June 23, 2017 meeting of the KDH Board of Directors, Board Chair Karen Cooper offered sincere thanks and appreciation to Dr. Leonard for his many years of service, and welcomed Dr. McGregor to her new role.

“We are delighted with Dr. McGregor’s appointment,” Karen stated. “She is respected by KDH medical staff and senior management, familiar with the issues that are important to small rural hospitals – and to KDH in particular – and possesses an interest in physician engagement and leadership growth.”

Kemptville District Hospital is Accredited with Exemplary Standing, the highest ranking bestowed by Accreditation Canada. Committed to building healthier communities, we are a model of hospital-led integrated health services within the provincial health system. KDH consistently ranks among the top hospitals in Ontario for both patient and employee satisfaction. We pride ourselves on being a good partner within the system. Kemptville District Hospital provides primary care management services, acute care hospital services, and advanced orthopedic care. 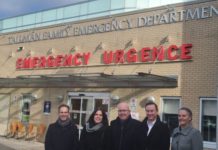 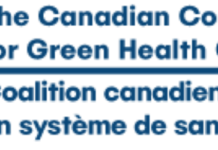