The Kemptville District Hospital (KDH) Auxiliary is sad to announce that their annual Hey Day fundraiser will be cancelled for the second year in a row.

This year would have been the Auxiliary’s 61st Hey Day. The first one was held in the spring of 1960, before the hospital opened its doors in June of the same year. The event is the KDH Auxiliary’s major fundraising effort. All the money raised at Hey Day goes towards the purchase of vital equipment for the KDH. Equipment such as pain pumps, an ECG machine, defibrillator/monitor, warming blankets, a patient lift and smart beds just to name a few, are used to enhance patient care.

Since its inception in 1959, the Auxiliary members have contributed 14,500 annual volunteer hours to our local hospital. Through their fundraising efforts, the Auxiliary has also contributed almost $2 million to support the KDH in providing quality community healthcare.

For the many newcomers to the community, Hey Day is a giant community garage sale held on the first weekend in June at the North Grenville Curling Club. It involves almost 300 volunteers and 1400 hours to take in donations, sort them and get it set up. Many community members look forward to the event every year, saving up their used items for donation and taking advantage of the great deals the sale has to offer. There is often a line up to get in when they open their doors on Friday evening, and the event draws thousands of people to Kemptville every year. The last Hey Day, held in 2019, raised almost $38,000 in support of KDH.

Jolene Stover has been organizing Hey Day since 2015 and says she loves the excitement and hustle and bustle of bringing the event to life. “It’s just so exciting,” she says. “To see all the volunteers, everybody giving so much. They work so hard, but they have so much fun.”

COVID-19 has definitely changed the Auxiliary’s fundraising efforts, but they continue working hard at finding ways to safely support the hospital. Jolene says they will keep the community of North Grenville informed of all fundraising events as they roll out, including one in June. Last fall, with the support of Jim and Judy Beveridge of B&H and their amazing staff, $6500 was raised through a check out charity campaign.

The Auxiliary’s goal for 2021 is to keep the idea of Hey Day top of mind for the community as they hope to hold the event again once it is safe to gather in large groups. “As soon as we can be together again, hopefully in 2022,” Jolene says. 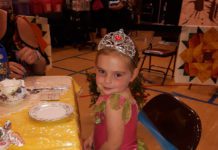 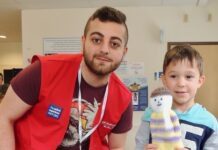 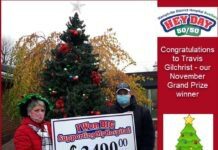