If you happen to drive through Bishops Mills on a regular basis, you may have noticed a tall man with a beard, walking the intersection of the hamlet, studying the road and taking careful notes. This man is biologist Fred Schueler, and he’s not actually studying the road, but what may be plastered on it. Fred studies roadkill and, while it may seem a bit strange for him to be peeling dead insects and animals off the road, his observations tell him a lot about the wildlife that live in the area.

Fred’s study of roadkill falls into a field called road ecology, which looks at how roads affect the habitats they run through and what roadkill can tell us about the population and movement of animals that live along roads. For example, by studying the roads last winter, Fred was able to observe a new species of caterpillar that had migrated to Bishops Mills from Eastern Canada and can survive the Canadian winter.

“It is a European caterpillar that was first found in Nova Scotia in 1985,” Fred says. “It eats during the winter and crawls around if the temperature is above freezing.”

Recording roadkill has also been helpful for Fred in his study of Leopard Frog populations in the area. By tracking where and when Leopard Frogs are being hit, they can find out where the populations are and when they are most likely to move to find more food, or change habitat. In some ways, seeing road killed frogs is a positive sign, because at least they know they are around. “It’s like a physicist using a particle detector,” says Fred’s wife and partner Aleta Karstad. “It’s evidence of where wildlife was, evidence of wildlife density, and it’s also evidence of the interaction between transportation and wildlife.”

Fred and Aleta are also involved in road ecology on a larger scale. They spent two years studying the stretch of the 401 from Gananoque to Brockville for the Ministry of Transportation, marking areas of significant wildlife and risk for animal crossing.

“A lot of road ecology is putting underpasses and overpasses that are going to help large animals get across the road,” Fred explains. “We found a hot spot where there were a lot of turtles killed and, next spring, they are going to put fencing up to keep the turtles off the road.”

The most conspicuous thing that has been done in Canada, in terms of road ecology, has been overpasses for animals on the Trans Canada Highway going through Banff. “They are really beautiful,” Aleta says. “They’re double arches over the road, with grass, and you can often see elk and big horns crossing.”

Culverts are also a form of infrastructure that can help animals cross the road safely. Unfortunately, many are only built to help with water flow under the road, and when the water gets high, the water is too fast for it to be of any use to animals like turtles, frogs and snakes. Many road ecologists suggest larger, square culverts, with ledges along the sides, so it can double as storm water management tools and crossings for animals during high water.

Another part of road ecology is assessing how the addition of a road or culvert will affect the ecology of the area. While in some places roads and culverts can drain wetlands and damage habitats significantly, in other areas they create unique places where certain plants and animals can thrive. When Fred and Aleta did their study along highway 401, they found specific plants that love ditches along the road, because of the salt from the cars. They also found a large population of snakes living in the Canadian shield that lines the highway. “They don’t go out on to the road to get killed, because they don’t like the vibrations of the cars,” Aleta says.

Seeing road kill is a part of everyday life, and not many people realize what a great tool it can be for biologists to track animal populations and keep them, as well as people driving on the roads, safe. “The idea of tracking roadkill ranges from consideration of vehicle safety and the danger to people when it comes to large animals, right down to information of what little species are invading,” Aleta says. “It’s up to us to let people like the Ministry of Transportation know how roads will affect habitats and species.” 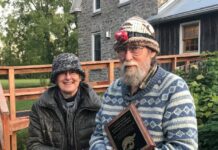 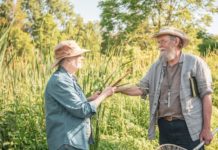 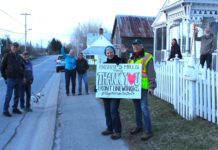