On September 8, John Spero, our local champion for Parkinson’s, took part in the Annual Parkinson’s Superwalk, held at Brittania Beach in Ottawa. John began his first walk in 2005, and at that time raised $140 dollars. Over the past 13 years, the numbers kept growing. In total, he has raised over $68,000 on behalf of Parkinson’s.

Over 100,000 Canadians are affected by this disease and many are not even aware that they have Parkinson’s. Some are reluctant to discuss their concerns with their doctors. Doctors may not be aware of some of the less obvious symptoms like loss of smell or unexplained weight change or services, programs and strategies that can help. Other symptoms of this chronic and progressive disease can include muscle rigidity, tremor and depression.

John came into my office and asked me if I would attend the Superwalk: I said no, right off the bat, and offered to donate. He refused my donation, saying he would prefer I came and covered the event. John’s aim is to promote the cause and bring attention to it in North Grenville. So, somehow, he managed to talk me into going to Ottawa. John, as many people know, can be very persuasive and did not take no for an answer.

And I am glad I went. The place was packed, and there was a long line up for lunch, which was donated by the Head Office of Subway, in conjunction with a few local area Subways. The treats and drinks were all donated by a company called ‘Retire at Home’, based in Ottawa. Over three hundred meals were served just while I was there. 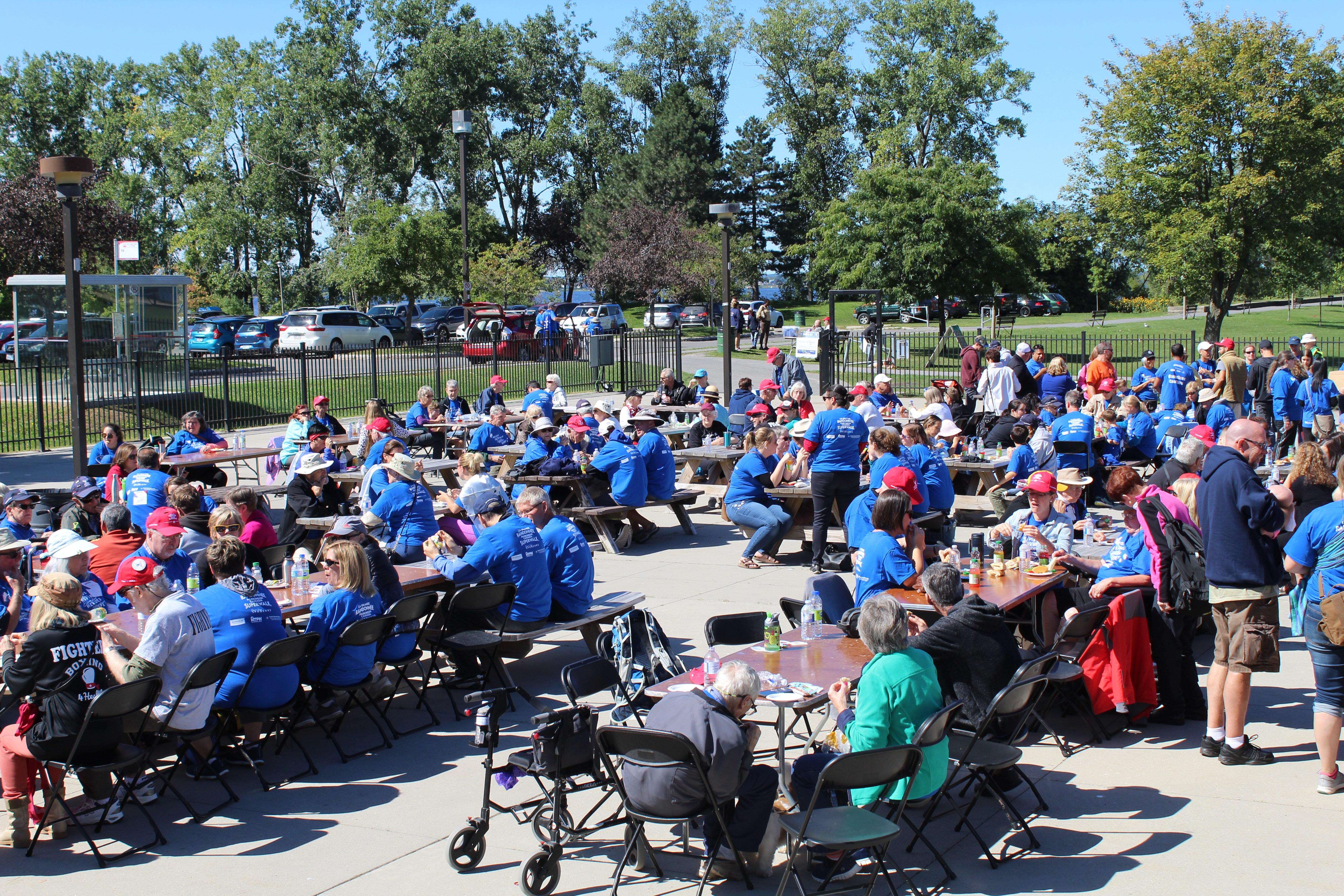 We have covered John’s amazing determination over the last three years, when he first came onto our radar. He has been on our front cover before, and he deserves as much publicity as we can give him. John was diagnosed with the disease 20 years ago, and, since then, he has refused to let this disease stop him. He is so determined; probably the only person I have ever come across with such passion for his cause. 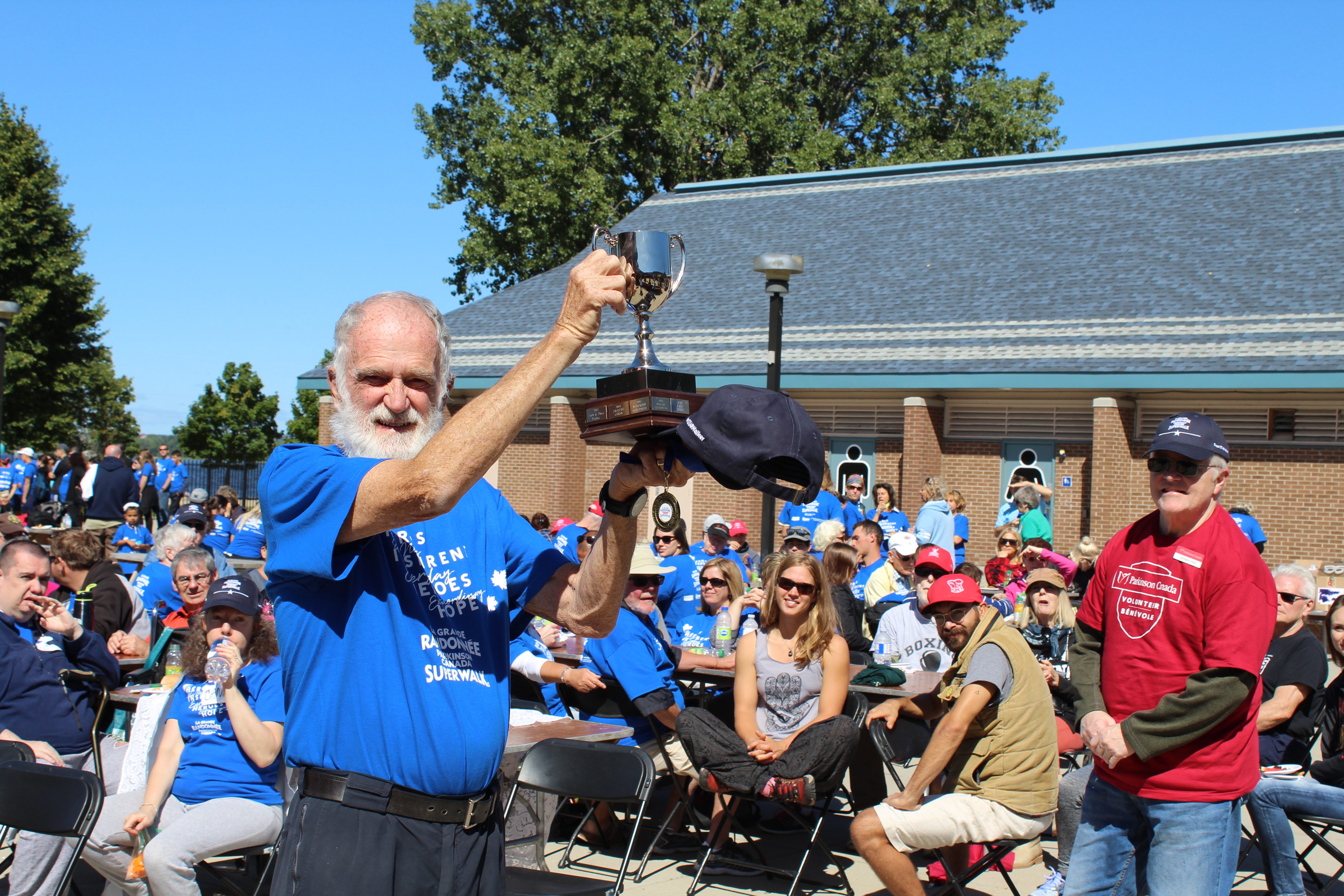 Last year, he raised $14,600, coming in fourth in Ontario and sixth in all of Canada, as a single individual to raise it on their own. This year, he wanted to beat that goal. Is he competitive? I think so. And so, he did beat the goal: he raised over $18,200, and the count continues. He won the “Larry Hoffman Award” for coming in first for an individual fundraiser in Ottawa.

John was at the event with his wife, Barb, and friends. He says this is his last year to take part in this event, and I think his wife is grateful. However, he said the same thing last year.

John has many talents, such as playing music (trumpet), he has his pilot’s license, he has taught music in Kingston. John was a math teacher at Canterbury and Sir John A. McDonald High Schools, and at the High School of Commerce. He plans to take up curling this winter. He and Barb are avid duplicate bridge players. Both have reached the level of Bronze Life Masters. Nothing stops John Spero.

John would like to thank all the people who have sponsored him and helped with the annual Parkinson Gold Tournament over the past 13 years. Special thanks to his wife, Barb, and his friend Ron Tracey for support. 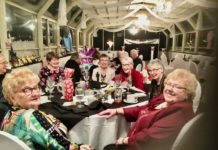 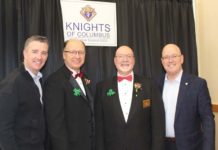 A record year for the Sweetheart Brunch