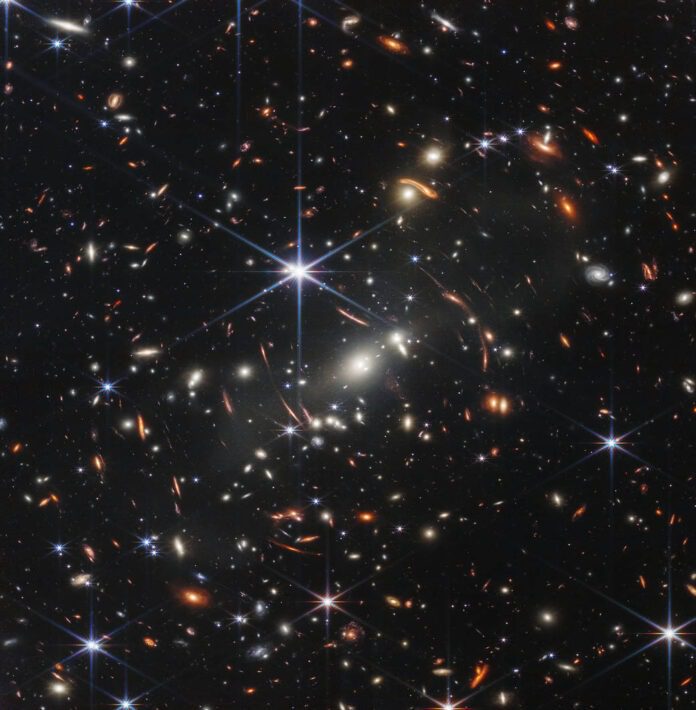 By Gary Boyle
The Backyard Astronomer

It is often said, a picture is worth a thousand words and the first images from the James Webb Space Telescope did not disappoint. During the news conference on July 12, the world had a ringside seat to the most remarkable images of the universe ever taken. Over the hour, five images left us wanting more. This is only the tip of the cosmic iceberg.

The deep field image showed thousands of galaxies including a few that look stretched. This is not a flaw of the telescope. It is the distortion caused by gravity from a foreground large galaxy. Einstein predicted this warping or the curvature of the fabric of space-time, much like someone standing on a trampoline where the rubber mat is distorted. The larger the object, the bigger the distortion of light. To show the power of James Webb, the area of space where the deep field image was taken was as small as a grain of sand held at arm’s length. This cluster is located 4.6 billion light-years away. That is the amount of time it took the light to reach us and when the sun and planets were slowly being created from the solar nebula.

Launched on December 25, 2021, the mighty Ariane 5 rocket delivered the seven ton telescope into space where it was deployed and gracefully continued its journey. It travelled for another 30 days to its final position known as Lagrange 2, a point in space some 1.5 million kilometres from earth or about four times the earth-moon distance. Unlike the Hubble which was launched in 1990 with a flawed mirror requiring a repair mission in 1993 outfitting it with corrective lenses, James Webb is too far for a service mission. Who knows if there will be such a mission down the road if needed, but for now, there are no plans to ever visit the telescope.

The $10 billion project is a collaboration between NASA, the European Space Agency and the Canadian Space Agency along with other companies. Canada’s contribution is the Fine Guidance Sensor (FGS) used to point the massive telescope as well as the Near-Infrared Imager and Slitless Spectrograph (NIRISS). Thousands of people worldwide worked on this project which began in 1996 when it was first called the Next Generation Telescope. In 2002, the name was changed to James Webb Space Telescope for the NASA administrator from 1961 to 1968. These were the early days of Mercury, Gemini and Apollo.

The Webb project suffered setbacks along the way such as a redesign and the COVID pandemic did not help matters. When completed, the 18 gold plated six-sided honeycomb style mirrors measured a total width of 6.5 metres wide compared to Hubble’s 2.4-metre wide single mirror. This results in more light-gathering power along with its infrared capability to observe heat signatures through clouds of interstellar dust. Another critical part of the telescope is the sun shield measuring the size of a tennis court. Comprised of lightweight material with special thermal properties, the five layers will provide a shield from the sun’s heat and light as well as the heat of its instruments allowing the sensitive infrared to work without interference. The mirror will operate at -223 degrees Celcius and the rest of the equipment close to absolute zero or -273 degrees Celsius.

In the wise words of Carl Sagan, “somewhere, something incredible is waiting to be known,” The James Webb Space Telescope has opened a new portal to discovery. Will we someday glimpse the first stars and infant galaxies dating back 13.8 billion years? Only time will tell.

Known as “The Backyard Astronomer”, Gary Boyle is an astronomy educator, guest speaker and monthly columnist for the Royal Astronomical Society of Canada as well as past president of the Ottawa Centre of the RASC. He has been interviewed on more than 50 Canadian radio stations as well as television across Canada and the US. In recognition of his public outreach in astronomy, the International Astronomical Union has honoured him with the naming of Asteroid (22406) Garyboyle. Follow him on Twitter: @astroeducator, Facebook and his website: www.wondersofastronomy.com 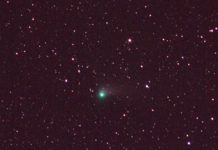 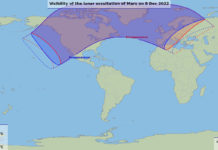 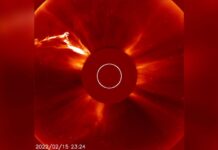