Three local sisters have come together to open a new gift and home decor store in Merrickville. Janet Gaskell, Jennifer McGuire, and Jill Dulmage opened Nellie’s Room on St. Lawrence Street in May, as a retirement project for Janet and Jennifer, and something that they could do together. Nee Comeau, the sisters are the daughters of Ann and Chuck Comeau, who have been residents of North Grenville for over 50 years. Unfortunately, Chuck passed away in March, just as they were preparing to open the store. Janet says they were fortunate to have Nellie’s Room to focus on while they were all grieving their father, especially since there wasn’t much they could do to honour him because of COVID-19. “You can’t do anything except put it in the paper. Mum’s had things booked to do a memorial and stuff; but you just can’t.”

Janet says Ann has always been a huge part of the store, and she even inspired the name. Nellie is fictitious; but it comes from an old British saying: It’s up in Nellie’s room behind the wallpaper. “My grandmother said it to my mother, and my mother, in turn, said it to us,” she says. “It’s a polite way of saying: go find your own things.” Ann is now a fixture at the store, sitting in a chair at the door telling people about discounts and reminding them to use hand sanitizer. “I’m security,” she says. “I have more fun here than you’ll ever know.”

Nellie’s Room is an appropriate name for the store, as it is filled to the brim with beautifully displayed gifts and household items. You can find everything from candles, art, and handmade resin tables, to a large (and very adorable) baby section. If you are looking for something specific, you will probably find it, and Janet says that, if they don’t have it in stock, they are willing to do some digging to bring it in. “My sister is amazing at finding things,” she told a customer. They try and source as many items as they can locally, and are interested in talking to any local maker who might want to display their work in the store.

The opening of Nellie’s Room coincided with the COVID-19 pandemic, and while they were ready to open on April 1, they couldn’t, because of the government shutdown. “We took that extra time to sort of get things settled, and then opened on May 19 when they said we could,” Janet says. Since they opened, they have been following all the public health guidelines, including wearing masks, social distancing, and hand sanitizer at the door. Janet says it was slow at first; but the Summer was busy, and they’ve also seen a bit of an uptick in the Fall. They are hopeful that they have been through the worst and that things will continue to improve. “You know what, we’re really happy. We’ve seen a lot of people shopping local, and we’re very grateful.”

Nellie’s Room also has a website (www.nelliesroom.ca) where people can shop online. They do mostly local deliveries; but they have mailed things as far away as B.C. Right now, they are gearing up for the holiday season and will be closing for a day on November 2 to get all their Christmas inventory on display. 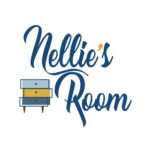 “We’re going to tear the store down and it will become Christmas after that.” Janet’s favourite part about running Nellie’s Room is being able to spend time as a family. With her mother at the door, and her sisters looking after things in the back, Nellie’s Room is a true labour of love. “I’m having fun and that’s all that matters to me at this point,” she says, “Life is short, so you better have a good time.”