As often happens in small towns, there is a great debate currently taking place, in this case about the International Plowing Match and Rural Expo that recently came to town. Just like when the IPM came to the nearby town of Finch a few years ago, preparations for the IPM took months, and locals and business owners saw the arrival of the IPM as a big deal. Now the topic up for debate is whether some businesses were swayed into over-preparing.

About a half dozen local business owners shared concerns during the 5-day-long event, saying that their business had seen a significant decrease in customer traffic despite being told to prepare for a surge of customers. Estimates suggested that about 100,000 people were poised to visit North Grenville due to the IPM, though it is not clear how many actually did. Parking areas were certainly full on the days that the event was open, and County Road 44 had a significant build up of traffic much of the time as well, suggesting that attendance at the event was excellent despite often rainy weather.

Catered Affairs owner Natalie Castellas was busy with business at the IPM event itself, but she came to learn firsthand about the effect on some other local businesses when going out to pick up supplies in town. She told the Times that many business owners had added extra staff shifts and stocked up their refrigerators with plenty of food, but did not end up seeing the expected surge in customer traffic.

“Nobody wanted to stop and everybody was afraid of the traffic,” said Natalie. “They had the tractors going all around the plowing match, maybe load them up and bring them into town!” It is almost certain that North Grenville will not host the IPM again for at least the next several decades, but situations like these can act as a learning experience for different types of future events. Natalie described how the weather negatively affected some of the vendors at the IPM as well, because people seemed to “run and hide” when it would start raining. “It really is a gamble,” she said.

Despite the concerns raised by some business owners, others pointed out that they did see a significant increase in traffic during the IPM. It is unclear what drove tourists to some local businesses but not others, but it is important to remember that there will likely be lasting benefits resulting from the exposure that the IPM created. Councillor Debbie Wilson wrote online, “They may not explore now, but will remember and come back to visit again.” Let us hope that local businesses will see the fruits of their labour in the months and years to come. 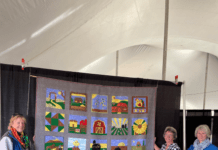 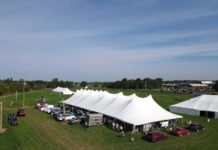 Accessibility and the International Plowing Match