On Saturday, August 26, 2016, the flags were smartly brought to half-mast at the Veterans Way Memorial Park to mark the passing of our dear friend and colleague Owen Fitz’Gerald and in honour of his many achievements related to Veterans Way at the Ferguson Forest Centre.

In an historical sense, Owen will be remembered for his long-standing service to our community that goes back to his days as a Councillor on the last Oxford-on-Rideau Township Council prior to amalgamation. He then moved on to become a member of the original North Grenville Municipal Council and continued to serve our community with distinction.

Always a strong advocate of the Ferguson Forest Centre, Owen served as a multi-term Director on the Ferguson Forest Centre Corporation Board of Directors from its inception, in addition to being a former President of the Board for many years. He also volunteered his time and services to several other local committees and boards throughout the years, including community based organizations, Committees of Council and the Executive Committee of the Royal Canadian Legion Kemptville Branch #212.

Aside from his ever friendly personality, demeanor and Irish wit, Owen was widely known for his commitment to honouring the memory of military personnel who have given their all for our country, which is best illustrated by the following:

During a personal Battlefield Pilgrimage to Normandy France a number of years ago, Owen was emotionally drawn to the many rows of graves and markers in Remembrance of the Fallen. The sight both haunted and inspired him, which resulted in his idea and recommendation for a tree-lined memorial roadway at the Ferguson Forest Centre.

Based upon his vision and active participation, an existing roadway at the Ferguson Forest Centre was designated and named Veterans Way, with the backing of the Municipality of North Grenville, the Ferguson Forest Centre Corporation Board of Directors and the Royal Canadian Legion Kemptville Branch #212. (For those not familiar with the area, Veterans Way is a kilometre long roadway that links County Road #44 to Honour Way to the east and features a series of bronze plaques placed at the bases of memorial trees). Currently, there are twenty-seven military Veterans named and remembered along the route that gave up their lives, or saw service with the Canadian, British and United States of America Armed Forces.

In later years, and in order to further complement Veterans Way, Owen and his Veterans Way Memorial Committee began planning for a Veterans Way Memorial Park at the County Road #44 entranceway to the Ferguson Forest Centre. The Business and Site Plan was supported and approved by Council and the Ferguson Forest Centre Corporation Board of Directors, which led to the installation of various components that would eventually transform the previously vacant field into a municipal park site of Remembrance and Reflection. The park was officially dedicated on September 27, 2015 and everyone who attended the ceremony can certainly attest to the fact that Owen was extremely proud of having participated in its creation.

I have every expectation that Owen will be thought of as a model for all citizens to follow, both young and old, based on his many accomplishments brought about through community volunteerism. His past efforts were recognized and honoured on several occasions, but in particular, by way of a special Mayor’s Commendation from the Municipality of North Grenville, a North Grenville Historical Society Heritage Award, and most recently, a Queen Elizabeth II Diamond Jubilee Medal.

There are many positive and meaningful things that can be said and shared about this highly respected man, but I know that we as a community are thankful for his friendship and the contributions he made to the betterment of North Grenville

Owen Fitz’Gerald will be truly missed and we extend our most sincere condolences to his family. 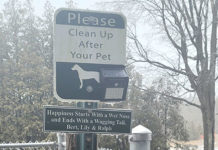 Letter to the Editor – Garbage 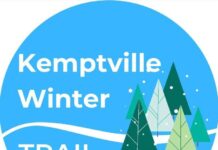