The Eastern Ontario Regional Network (EORN) made a presentation to council at the meeting of October 20, outlining their current initiatives to bring high speed internet to more homes and businesses in Eastern Ontario. EORN’s first project, which they put in place from 2010-2015, cost $175 million and brought 10 megabits per second internet to 94.5% of homes in the United Counties of Leeds and Grenville. The county’s investment in this project was $677,110, but, with the support from private investors, they were able to invest the equivalent of $18 million worth of infrastructure to improve access to high speed internet services in the county.

“For every dollar that the county invested in the project, they got back $26 in direct physical investment in infrastructure,” EORN co-lead, Jim Pine, told council. “So, a really good return on investment, one of the highest actually, for the first project.”

As that first project was coming to an end, members of EORN realized that the demand for high speed internet was growing exponentially, and that their job wasn’t done. This led them to the Cell Project, which they are working on now, to improve mobile broadband services throughout Eastern Ontario. “People travel into the region, people travel around the region, and people need to be able to use their mobile devices across Eastern Ontario, whether it’s taking calls, or whether it’s using it for internet purposes or browsing,” Jim said.

The Cell Project is focused on areas where people live and travel. Its three main goals are to achieve 99% coverage in the Eastern Ontario region, so that people can make voice level cell phone calls; 95% coverage with standard definition service level that can support email, web browsing, and social media services; and 85% coverage with high definition service level that can support video conferencing, movie streaming, and other more data intensive applications. The county has committed to providing $634,490 towards the $213 million project, with the rest coming from other communities in East- ern Ontario, the provincial government, federal gov- ernment, and private sector partnerships.

Jim says North Grenville could have an important role to play locally, as they may need municipal support to build the cell towers needed to complete the project.

“Building towers is the only way we can fix the cell gap issue that we have, so there will be lots of towers built across Eastern Ontario to fix the problem. Some of them may be in your community. We don’t know for sure until the final design is complete.”

EORN is hoping to start breaking ground on the Cell Project in 2021, with the goal of it being completed by 2025.

The last initiative that EORN is currently working on is called the Gig Project, which Mayor Peckford has been very vocal in endorsing. According to the Canadian Radio-television and Telecommunications Commission, 90% of Canadians should have access to speeds of at least 50 Mbps download and 10 Mbps upload by 2021. An EORN 2019 analysis showed that only 63% of Eastern Ontario homes and businesses currently have access to this speed of internet.

Instead of focusing on bringing the minimum standard to more homes and businesses in Eastern Ontario, EORN wants to provide 1 gigabit per second to the Eastern Ontario demand area by installing a fibre or coaxial cable that could deliver quality high speed internet to people’s homes, businesses, and schools. “Fibre has a long lifespan, it’s scalable. We’re talking 20 years going forward, so we don’t have to keep coming back and doing these additional projects every five to seven years to try to catch up,” Jim said.

The cost of this project is estimated at $1.2 billion to $1.6 billion, and EORN is currently trying to figure out the funding streams to make this project a reality. “We’ve been meeting with our MPs and MPPs, and senior federal and provincial staff, to convince them that this is the thing we need to do for our region,” Jim says. According to member of EORN, Lisa Severson, they already have support from members on both sides of the House of Commons, as well as from provincial political leaders. They are currently waiting on the federal government to release applications for the Universal Broadband Fund, which could be an important source of funding for the project.

EORN has recently received two economic analysis studies that show the economic benefits of the Gig Project in Eastern Ontario. “It really is the thing to do to drive our economy and our region forward,” Jim says. “Never mind giving kids better access to online, or hospitals the ability to remotely work with patients or physicians. It is just the thing that we have to do to make our region the best-connected region in North America, which is our objective as EORN.”

Mayor Peckford thanked EORN for their presentation. “We receive emails nearly every day from residents who are very concerned about the status of their internet and have a huge appetite to see change sooner rather than later,” she said. 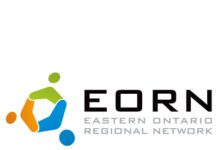 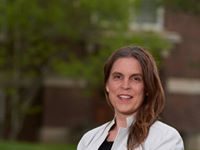 High speed broadband is the new transit for many Ontarians 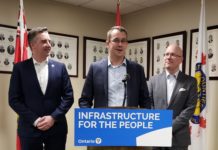