I was watching a really good football game the other day (again, that’s soccer to some), when my wife said something that got me wondering about the differences between the way men and women think. Yes, that is a deep and complex topic, to which we will never reach the end. But what she said came as I shouted at the TV screen, adding my in-depth commentary to that of the television commentators. I was pointing out the stupidity of a player who had made a particularly bad pass, or maybe it was the amazing save made by my team’s goalkeeper, I don’t remember.

But what she said was something like this: “You don’t play that game, so what gives you the right to judge how those people are playing?” At first, I thought she was joking: of course I have that right. Every sports fan does, we know that, don’t we? I could have provided a long and detailed rationale for my comments. In fact, I probably did, knowing me. But, at the core of that argument was simply the fact that I am a fan who has watched the sport for decades, learned from commentators and pundits, and come to know the ins and outs of football. Simple, yes?

Maybe not. The thing is, it would never have occurred to me to ask that question my wife put to me. It also made me notice, as I wrote above, that I refer to “my team”, as though I had shares in the thing. Now, I don’t believe that this is exclusively a male thing. I have known women, including at least one of my daughters, who is as “fan-atical”about football as I am. And she identifies with a team for which I have nothing but distaste, so it isn’t just my influence on her.

But to be a fan of a team in any sport provides a sense of participation, I think. We veteran watchers may have played the game in our far-off youth, and regret now that we didn’t know as much then as we do now. What great players we could have been! There is just something wonderful about being a fan of a team, regardless of the sport, regardless of how successful or awful “your” team may be. There is a deep contempt for those “fans” who only support successful teams, or only after they have become successful. No, we proudly boast of our dedication to the club through all the ups and downs (or downs and downs) of their history.

If you’ve ever been to a live game, or match, or whatever it’s called in your favourite sport, you know that extraordinary sense of camaraderie that exists; the witty and sometimes vulgar comments, chants, and songs that are a shared part of the experience of following a team. The silly and profound interactions with supporters of the other team that can reduce you to tears of laughter or despair make every game an event.

But, reduced to the solitary enjoyment of a game in front of the tv screen, what else can you do, as a true and devoted fan, but to yell and scream, in whoops of joy and cries of anguish, as your team plays to victory or defeat? You not only know the names of every player on your side, but also those of the other team, and even the referee. This is your community, your mates and partners in crime, at least for an hour or two once a week. 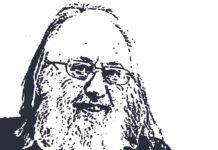