At the next public meeting of the North Grenville Historical Society, Brandy Lockhart, of the Team, Parks Canada will talk to us about the expedition that discovered the long-lost ships of Sir John Franklin, who attempted to find the Northwest Passage in 1845. She will also update us on the archaeological dives in the Rideau Canal some years ago.

Brandy Lockhart is member of the Parks Canada Underwater Archaeology Team. Born in Saskatchewan, she has lived most of her life in the Ottawa-Gatineau area. In 2004 she completed a Bachelor of Science from McGill University with a double major in Biology and Anthropology. This was followed by a Masters in Maritime Archaeology from Flinders University in South Australia in 2006. After completing her Masters, Brandy returned to Ottawa and began volunteering for the Parks Canada Underwater Archaeology Team and eventually worked as a term employee. At the end of the term, she continued gaining experience as a terrestrial and underwater archaeologist with a private company and returned to Parks Canada in 2016.

Through her work and volunteering, Brandy has had the opportunity to participate in several interesting projects on archaeological sites such as the wrecks of the Hamilton and Scourge, the Red Bay National Historic Site of Canada and more recently the Franklin Project.

Please join us on the November 8 at 7 pm, at the Court House in Kemptville, next to the Library on Water Street, presentation starts at 7:30. All welcome. Refreshments. 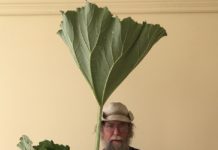 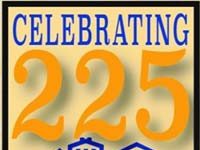 History Buff in music and song