There is a saying that I’ve often heard among veterans: “The real heroes are the ones who didn’t come home”. I understand what they mean. It must be extremely hard to see your friends and comrades die, often in incredibly brutal fashion, and then for you to return to your home and loved ones. So many returning soldiers have asked: “Why me? Why did I get through that hell, and they didn’t?” It’s often referred to as survivor guilt, and gets added on to the Post Traumatic Stress that many, many veterans experience for years afterwards.

But, with the greatest respect to these veterans, I think they’re wrong. They are the true heroes in many ways. Their comrades died, it is true. They were robbed of, perhaps, decades of life, of their own children and grandchildren. They never got to experience what their returning friends did: the myriad little and big things that go to make up a long and happy life. They gave it all away in the name of a cause that, perhaps, wasn’t always clear to them.

Over and over again, the testimony of veterans is that, while they may have enlisted out of patriotism and honour, in the midst of the battle, as life seemed to exist in a narrow world of blood, death and fire, it was not those principles alone that motivated them, that kept them fighting, regardless of the odds.

Instead, it was their comrades they fought for, they fought for each other, depending upon the ones around them, and knowing that others depended on them. That, in part, is why returning veterans felt traumatised that they had survived, while others didn’t. As survivors of deep psychologically damaging experiences, they often found it really hard, sometimes, impossible, to just slot back into “normal” life. Because nothing was normal anymore. The day-to-day lives of their family and friends who had not gone through the same trauma was something they now found alien. And the only ones who could understand, to whom they could talk, if at all, about the events that had forever changed them, were other veterans. You hear of so many wives, children and grandchildren who remember that the man who returned to them rarely, if ever, spoke about what they had seen and done “over there”.

Those who never returned from war are rightly honoured each November, wherever they died, and for whatever cause. That is progress. It’s strange how one-time enemies can relate to each other more than they can with their own friends and neighbours who were never put in that place of death and danger.

Those who died are remembered: not always by name, or as an individual, but we read the names on too many cenotaphs and wonder about them. Who they were, where they came from, what happened to bring them to the place. Each year, the Times tries to bring some of them back to remembrance, and reintroduce them to the generations they never lived to see. In that way, it doesn’t matter what your own views on war, military life, or specific conflicts might be: we remember and honour the men (almost all men) who did what they did for their own personal reasons.

But, as I’ve said, they are not the only heroes. Yes, they died, and, I would imagine, unwillingly, in the sense that they would rather have survived and returned home having done their duty. But the ones who did come back, who faced long years of recovery, PTSD nightmares, and, to whatever extent, guilt over just surviving, they are real heroes too. Most of them were very young when they went through those experiences. Young men from farms, factories, schools, offices, who faced things their previous lives could never have prepared them for. Those are years of formation for us all, years when who we become as adults is shaped. Imagine what shaped them. At least now, a small mercy, we use terms like PTSD. In the past, those suffering from “shell shock” were often diagnosed as cowards, deserters, mentally unfit for duty. Some of them were shot, executed by their own side because their minds couldn’t take what they saw and did.

Those who survived, those who returned, whether wounded, crippled in mind and body, or who seemed to be just fine: none of them should be forgotten. What they endured must never be underestimated. There aren’t any left now from WW 1, and fewer and fewer from the second world horror. But we still have some, and some from Korea, Afghanistan, and other “theatres of war”. Let’s agree to honour them all, to remember them all, and to declare, with genuine and passionate fervour: 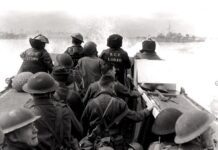