David Collins resides near South Mountain. He enjoys the rural life style. Since he was active with sports and activities around the house, he never considered he would have heart problems.

In 2010, David played hockey with the old timers, but noticed that he could not finish his two minute shifts. Then other things began to happen. He had a wood lot that kept him busy cutting and hauling wood. Sometimes he would get chest pains; he attributed the pain to pulling a chest muscle. He was in complete denial.

On a Sunday morning in May of 2010, while walking his dog up his laneway, he found himself out of breath and he was experiencing severe chest pains. He knew something was wrong. He barely made it back to the house. An ambulance was called and he was taken to the Kemptville District Hospital and then transferred to the Ottawa Heart Institute. He was informed that one artery leading to his heart was ninety five percent blocked, and a second one was ninety per cent blocked. He was told he required a double bypass surgery.

Not surprisingly, during the five hour operation he required blood. He doesn’t know how much, but he knows that, if blood hadn’t been available, he would not be here today.

David is very grateful to the donors who donate blood, as well as to the doctors who performed the lifesaving medical procedures. By watching his diet, and curling twice a week, David is healthy, involved in the community and leading a productive life.

There are a number of citizens of North Grenville who have had heart surgery, all of them grateful to donors for their donation of blood. February is Heart month; please consider being a blood donor to help others who may need heart surgeries, or other medical procedures that require this life saving tissue. There is a Blood Donor Event on Monday, March 2 at the Kemptville Campus in the W.B. George Centre at 48 Shearer Street from 1:30 pm to 4 pm and from 5:30 pm to 8 pm. Be part of Canada’s Lifeline. Giving blood in 2020? This young recipient thanks you 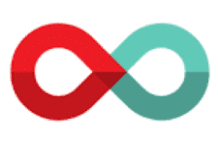