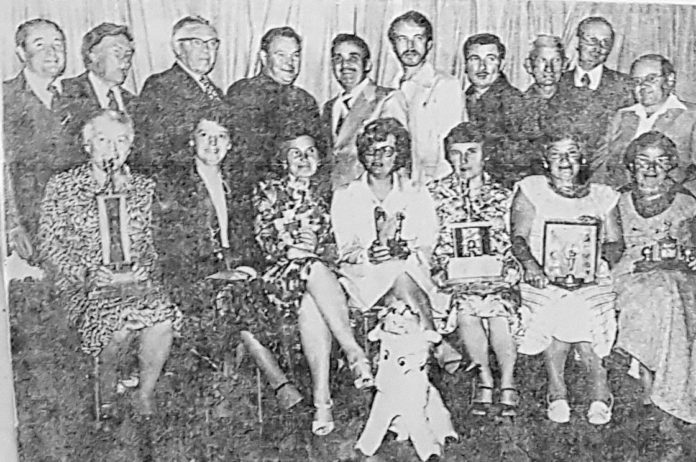 Born from the ashes of the Jazz Age, through the waves of social enjoyment, into the bleak throes of the Great Depression and the rising winds of Fascism, and into the international conflict of World War ll, golf surfaced as a continued enjoyment for the populace who needed something to distract them from such woes. 1929 saw RIDEAU GLEN BORN!

People from Ottawa and Montreal with cottages along the Rideau River were in need of amusement. Golf was getting to be known across Canada. Rideau Glen began in 1929 by creating two holes on the farm land of W.R. Barnes. Two years later, due to the interest shown by the people around Kemptville and the Ottawa Valley, four more holes were added. They played on six holes and went around on numbers one, two and three a second time to make up a nine hole course. This was a great success. The first tournament was in 1932, for either men or women, where each had their own trophy. The “de Pencier”, given by Canon de Pencier, an An- glican clergy from Burritt’s Rapids, was presented to the ladies league. It is still awarded every year.

As for the men, the “Hole-in-One” trophy first came alive in 1933, with James Parker and William Hudson as first winners.

The Club Championship was added later on. In modern times, the name of Gary Pickard is etched on this coveted trophy as the most prolific winner. But there is also Mike Graham, and, lately, Andrew Caldwell as the latest to appear. As for the ladies, Marg Coffell’s name is seen on all the different trophies. Many of these awards appear in both leagues and are still on “duty”.

Different leagues were created from the very beginning. There are the men and ladies leagues; a mixed league for couples who wanted to play with their mate and compete; a senior league in later years came alive; a junior league was formed to get the young people from the age of 12 up, to learn and play the game and keep a continuous interest in golf. Rideau Glen continued as such, without any interruption, from its first day of existence.

A young 12-year-old lad caddied for the men in 1938, earning 10 cents a game for his efforts. He also learned the game from his experiences as a caddy. This young Sam Gaw became a very avid golfer, as did his young sister, Rachel.

Sam grew up also playing hockey for a Kemptville team and, as a junior, was on the farm team of the New York Rangers. Alas, he never made the team, but some of his buddies did, such as Gordie Howe and Frank Boucher. Through his hockey career, he got to travel and play golf on a few of the most prestigious courses in the U.S., such as Pebble Beach, the Colonial, T.P.C. Sawgrass, Hilton Head and a few more. This young man came back to Kemptville after a stint in the Canadian army during the last year of the War. He became a business man and, as such, with his two partners, Bob Martin and Conny Tudin, owned Rideau Glen for twenty-one years, 1956 till 1977. During this period, Rideau Glen prospered. A new clubhouse was built in the 1950’s and the missing three holes were added after buying the rest of the land and making it a regular nine hole course. It stood for 75 years as such. In 1929, Rideau Glen was the first nine-hole course to open in the Valley, after the Tay of Perth.

During this time, many golfers enjoyed the game. Friendlies with other clubs, invitationals, and inter-clubs were held in Prescott, Iroquois, Morrisburg, Perth and Brockville. They all had great times. Many potluck dinners, BBQ’s or catered meals were held at each others’ houses, or at the clubhouses. Saturday nights with “beef & greens” dinner and dancing where great fellowship ensued. The “Spiritual Director” was indeed included in every get-together. No, he was not a minister, or a priest, or man of the cloth, but the person responsible to secretly carry the box of spirits into the then “dry” clubhouse. It had no liquor permit, so booze was smuggled in for all to enjoy. Later, in more modern times, a permit was granted and the “Spiritual Director” lost his social status. Also added were a chef or a cook to feed the hungry golfers.

In 2005, a group of entrepreneurs got together and added another nine-holes in order to make Rideau Glen more competitive with all the other courses coming-up around the Valley. “Build it and they will come”… It had to live, and try it did, in spite of years of recession and poor management which gave the club stressful seasons of woes. But, with arduous work and surveillance, without any interruption in Rideau Glen longevity and with the Goss Family at the helm, it flourishes under their guidance and survives.