A small, but enthusiastic, group of climate change activists gathered in Merrickville on Friday to take part in Friday’s Global Climate Strike. The protest was organized by a new group called Sustainable Merrickville-Wolford, spearheaded by concerned citizen, Michèle Andrews. The group met for the first time in September for an informal potluck to talk about issues relating to climate change and how they, as individuals, could reduce their carbon footprint and live more sustainable, environmentally-conscious lives. “We need to build resilience, be prepared for what is coming, and decrease our emissions,” Michèle says.

The protestors, who were located in front of the Downtowne Ice Cream and Candy Shoppe, Healthily Ever After, and Nana B’s Bakery, were asking passers by to honk in support of climate change action. They also had a petition to sign, asking the United Counties of Leeds and Grenville to declare a climate emergency and create a climate action task force. Michèle says that many municipalities and counties in the area have done so. “Why can’t we?” she asks.

Michèle thinks it is important for small municipalities like Merrickville-Wolford to get involved in the climate action movement and, most importantly, start talking about it. “People are afraid and don’t know what to do,” she says. “Talking about it will lead to action.”

Although Sustainable Merrickville-Wolford is a non-partisan group, Green Party candidate for the riding, Lorraine Rekmans, was on hand to show her support. She says small demonstrations in places like Merrickville-Wolford are important, because they send clear signals to local political leaders who are the first level of service for citizens. “Communities need to be resilient, because this is where the effects are going to be felt,” Lorraine said. “It makes it a real issue, if it is right on your doorstep.” 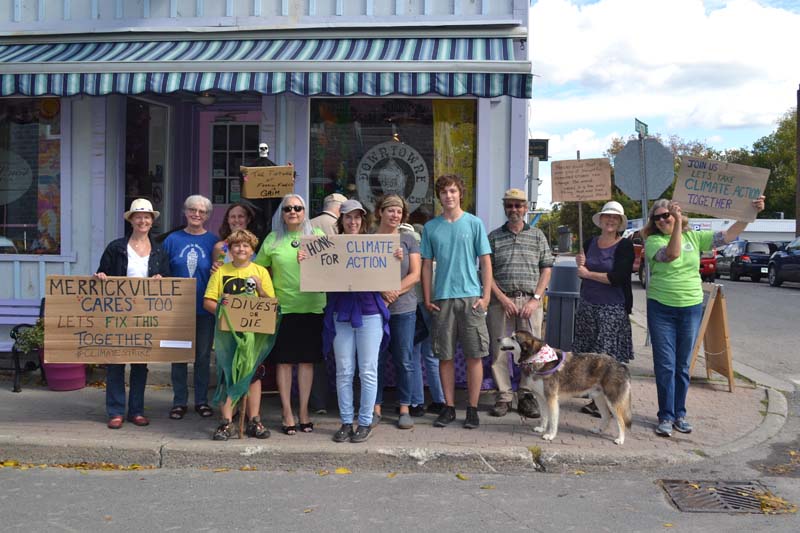 Sheila also believes local action is extremely important. “Even if we can change a couple of people’s minds, that is a huge impact.”

Michèle says the plan is to have monthly, informal, Sustainable Merrickville-Wolford potlucks, where members can come together and discuss what they can do daily to affect change. “It’s people coming together in a crisis,” she says. “There are so many things that need to happen.” 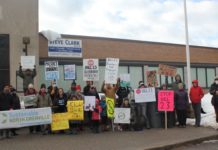 Letter to the Editor – Climate change