On December 25, 2021, shortly after midnight, members of the Grenville County Detachment of the Ontario Provincial Police (OPP) observed a 1957 Paris Manufacturing Company sled traveling at a dangerously high rate of speed, southbound on Mount Crumpit Road, just north of the Town of Whoville. At that time the sled was being guided by an unknown mixed-breed canine.

Officers attempted to stop the sled and engaged in a short pursuit, following it as it entered the Town of Whoville. The pursuit was then called off due to public safety concerns.

Shortly after sunrise, officers again located the sled on Mount Crumpit Road. The sled was hung up on the edge of a cliff. Officers also noted the sled appeared to be overloaded with presents and decorated trees, suspected to have been stolen. 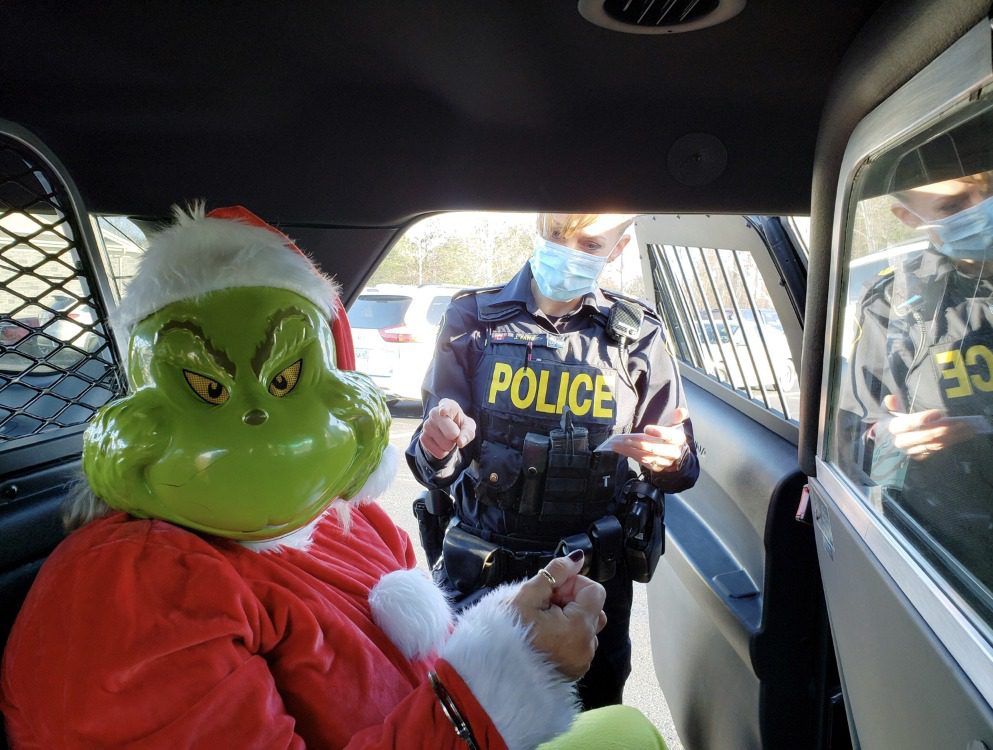 Police quickly ran toward the front and located the driver, identified as Mr. GRINCH. He immediately yelled for help as the sled began to slide further over the edge.

As officers and the driver began to lose their footing, a young female, identified as Cindy-Lou WHO, was found on top off the presents.

At that time, officers observed Mr. GRINCH’s heart to grow three sizes, and he miraculously found the strength of ten Grinches plus two. Mr. GRINCH was then able to push the sled and WHO back to safety.

Police confirmed the presents had indeed been stolen from residents of Whoville. The sled was also determined to be overweight.

Mr. GRINCH voiced his regret and stated that just prior to officers’ arrival, he heard the residents of Whoville singing; he added this sound wasn’t sad, why this sound was glad. He said after hearing the singing he intended on returning the gifts.

All of the residents rejoiced and declined to press charges, and in typical Who-fashion, forgave him for his actions. Police were told he later joined them for dinner even had the honour of carving the roast beast.