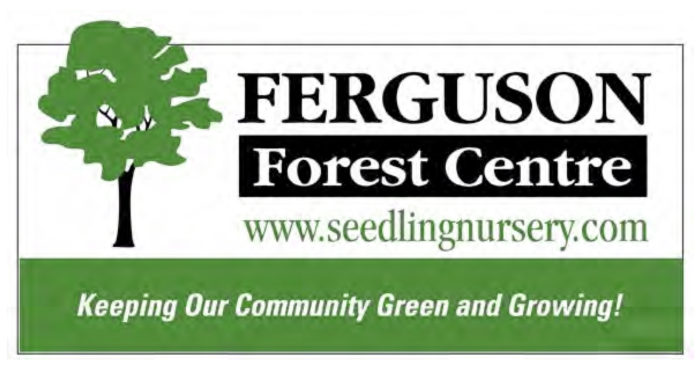 Articles have already been written about 2023 being the 25th anniversary of the origins of the Municipality of North Grenville and its iconic tree logo. But what about the ever-present slogan, ‘Green and Growing’? Where did it come from?

Good community slogans are hard to come by. Communities everywhere invest time and money seeking the perfect catchphrase to sum up what the community stands for or represents. Here’s some background on how ‘Green and Growing’ became such a key part of the North Grenville brand.

In the early 2000s, our marketing and design company, TD Graham + Associates (TDG+A), had been working closely with the Ferguson Forest Centre (FFC). We had helped them refine their logo and brand colours, designed their website, and develop a signage strategy.

Part of the FFC messaging was the tagline ‘Keeping Our Community Green and Growing’ – a reference to the thousands of tree seedlings they produced and sold around the province every year. The phrase was coined around 2005 by John Wilson, who was then President of the Ferguson Forest Centre Corporation. It appeared on the website, their brochures, and – most visibly – on the new sign on County Road 43.

It became evident that a shortened version of the phrase, or simply ‘Green and Growing’, would make a great web URL, and it was suggested that the FFC purchase www.GreenandGrowing.ca to make sure no one else could use it. But at that time, the FFC was content with their existing web URL, www.seedlingnursery.com  and didn’t feel a new one was necessary.

Shortly after this, in 2008, North Grenville was launching its new Economic Development Department, with the goal of attracting business investment and jobs to our growing community. TDG+A was engaged to design and develop the promotional materials necessary to support this effort: website, collateral material and signage.

John Wilson was approached and asked if the FFC would give permission for North Grenville to adopt their ‘Green and Growing’ theme, and he said ‘by all means’. North Grenville staff and Council members loved the idea of being known as a green and growing community. It would be an easy title to defend: no other municipality in eastern Ontario has an 1,100-acre community-owned tree nursery, or a 600+ acre, 100-year-old agriculture campus within its borders. Not to mention over 2,000 acres of Limerick Forest. And, while many townships in the region were stagnant in their populations, North Grenville continued to attract new residents and businesses. It really was green – and growing.

The phrase was then included in all of the municipal messaging aimed at attracting business investment to help create jobs in our community. When the new website dedicated to investment attraction was launched in 2009, North Grenville acquired the web URL www.GreenandGrowing.ca. It’s still in use today.

Over the next ten years – according to Ontario government statistics – more than 1,000 jobs were created in North Grenville. Many of these jobs are in retail, to be sure, but also in high-paying technical jobs, trades, engineering, consulting, education and health services.

Occasionally, someone will point a finger at development and say we’ve gone too far. Much of the residential expansion that is visible today was approved long before the current council was in place. The challenge now is to manage and balance this growth: preserve what’s green and not lose the rural community character that is attractive to so many.

‘Green and Growing’ is still a great slogan. It’s catchy and alliterative, and it’s aspirational – a goal to aim for. If nurtured properly, it could serve as an emblematic slogan for years to come. 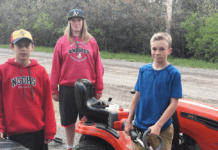