Gord Brown, Member of Parliament for Leeds-Grenville – Thousand Islands and Rideau Lakes, reminded residents to remember Veterans and those who paid the ultimate sacrifice defending Canada on November 11.

“Veterans’ Week and Remembrance Day is a time to remember and honour the men and women who have defended Canada and those who continue to serve today,” he says. During this, the 150th anniversary of Canada’s Confederation we also mark several important historic anniversaries, he notes.

It is the 100th anniversary of the Battle of Vimy Ridge where 10,000 Canadians were killed or wounded. Just over one hundred years ago on Easter Monday, April 9, 1917, all four Divisions of the Canadian Canadian Corps fighting in World War 1, made up of Canadians from coast to coast, began their assault on Vimy Ridge. This was the first time all four Corps had fought together and they had joined together as part of the Battle of Arras in northern France.

Canadians captured the ridge by noon of the first day and the last of the German resistance was overcome by April 12. The Battle of Vimy Ridge was one of the most successful of the Allied offensives to date in that war and saw the capture of more ground, enemy artillery pieces, and prisoners than any previous action by Canadian or British forces.

We are also remembering the 75th anniversary of the Dieppe Raid. Almost 5,000 Canadian soldiers took part in the ill-fated Dieppe raid on August 19, 1942 that was designed to test enemy defenses and gather intelligence. Close to 1,000 Canadians died and another 2,000 were captured. It was the bloodiest single day of the war for Canada.

We are also remembering the 100th anniversary of the bloody battle of Passchendaele which began at the end of July 1917. Canadians joined the battle in the fall and on October 26 began their first assault across a desolate landscape of mud against heavy gun and artillery fire. But the Canadians prevailed and by November 10 the battle was over. This impressive victory came at a horrible cost with almost 16,000 Canadians killed or wounded.

“Through the years, Canada’s brave military personnel have answered the call whenever and wherever they were needed,” he notes. “We all owe a tremendous debt of gratitude to our veterans. On November 11 please remember our Canadian Veterans.” 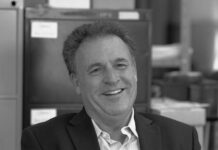