It’s time to start getting ready for our next big Kemptville Farmers’ Market special event on July 28 — we are calling it ‘Gangsters and Molls at the Market’, and we are working on having a fun event with a ‘Speakeasy’ (aka, a beer tent hosted by the Lions’ Club), Prohibition era jazz music (from Justin Ralph), and a very cool visit from the Ottawa Model A Club; bring the kids!  They will love seeing the beautiful restorations up close.

The Kemptville Players will be participating in some capacity TBD, and rumour has it that Al Capone himself may be stopping by… to dance the Charleston???

Not everyone knows that Al Capone was rumoured to have built a summer house in Kemptville, according to an article published by InsideOttawaValley.com in July, 2011, so far unproved.

Various sources have also claimed that Capone visited Kemptville. The website of the Rideau Glen Golf Club makes the claim that, according to an un-named “gentleman that has lived in Kemptville for many years”, the rotund, scar-faced thug was an avid golfer, who spent summers at a residence on Oxford Street (whose later owners discovered underground tunnels) and may have even put up the money to help the original owners of Rideau Glen build the course. The local folklore states that Big Al was a left-handed golfer, and wanted a course that would favour left-handers, so he helped to build one. The long-time town resident’s father told him he remembered seeing Capone “in his ‘big black Cadillac’ coming to the course to inspect the progress of the construction.” Rideau Glen was established in 1929.

Given this ‘maybe’ bit of history, we thought building a market theme day around this cool bit of trivia would be a fun way to celebrate Kemptville history (or at least conjecture), and a chance to ‘speak like a gangster, see?”

Dress up with fedoras, jazz era fashions, and toy tommy guns. If you still aren’t getting it, another way to think of it might be ‘Pirate Day, with a Kemptville Twist’.

The Market runs every Sunday from 12 (noon) to 4 pm from mid-May to the end of October. Visit us at 200 Sanders Street, at the corner of Oxford and Rideau in Old Town Kemptville. 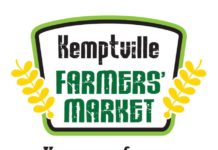 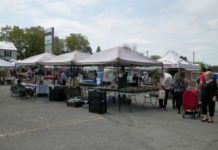 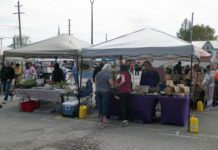