A Merrickville man fighting stage 4 terminal cancer is not ready to give up the fight against his disease, but he needs help. Mike Oomen was first diagnosed with colon cancer last year, and underwent surgery to have a tumour removed. Unfortunately, it was discovered that the cancer was spreading and, despite initial beliefs that all cancerous tissue was removed, tests proved otherwise. Mike found out that his cancer was terminal, and he was given 1-3 years to live, depending on the results of chemotherapy treatments. To make matters worse, these treatments didn’t work, and rather than continuing to try different types of chemotherapy, Mike decided to change course on the advice of his doctors.

The recommendation from Mike’s doctors was an expensive one – FoundationOne CDx testing. This testing can identify the underlying DNA alterations that are driving tumour growth, thereby pointing doctors in the direction of the best treatment drug. This “targeted therapy” is expensive, however, and it is only available in the USA, where medical care is not government-funded. Since OHIP and insurance would not cover the costs, Mike and his wife, Judy, turned to their friends, family, and other locals to help with the costs and give him a fighting chance.

As is often the case in small communities, people quickly rallied for Mike. His GoFundMe fundraiser was able to quickly cover the cost of the FoundationOne CDx testing, which is $6,998.77. As of the time of writing, the fundraiser had raised $11,540 of a total $50,000 goal. With the testing now complete, the results will inform treatments, which are expected to cost between $5,000 and $8,000 bi-weekly.

An update on Mike’s GoFundMe page has listed the fundraiser as “on hold” until the family knows exactly what the recommended treatments are, and their cost, though the page was still accepting donations at the time of writing, presumably to prepare for the cost of treatment.

Last year, Mike became a small business owner in Merrickville when he opened his store, Spinner Aas Fishing & Outdoor Store. He became a member of the Merrickville-Wolford Chamber of Commerce, but, sadly, had to put his business activities on hold after learning of his diagnosis.

Mike’s GoFundMe page can be found at https://gofund.me/3e67f1dd. 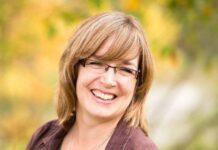