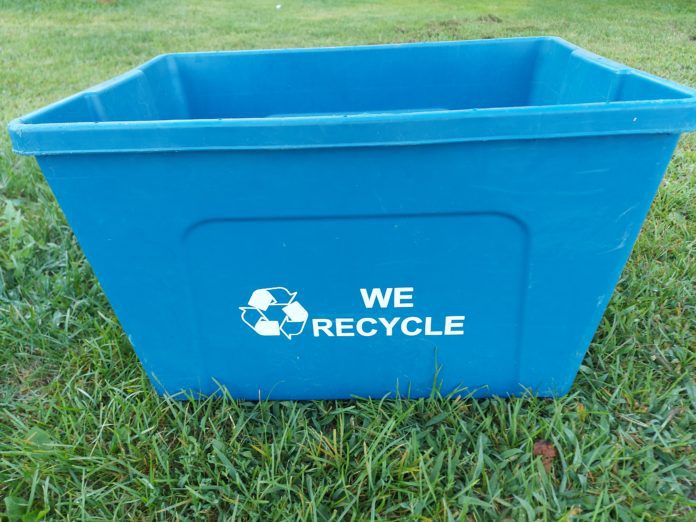 A local resident is expressing concern about what can and cannot be left at the curb for pick up on garbage day. In particular, Brian Campbell wants to be able to put plastic bags out for recycling. “I call them our recycle police,” said Brian, referring to the workers who collect recycling in the Municipality. “They won’t take any plastic bags, period,” he said. “No plastic other than plastic bottles. They’ll put a label on your recycle bin, and leave it there. We used to get plastic bags picked up.”

According to Brian, some of his neighbours have become so frustrated with the recycling policy, that they have discarded their recycle bin entirely and are now disposing of everything in their regular garbage. What causes confusion is that many items which have symbols on them identifying them as recyclable are still not picked up.

“I’m on oxygen,” Brian said. “I can’t go out to the end of my laneway every time.” He pays someone to put his garbage out for him, and it is not practical for him to have to pay someone to pick it up as well after a load is rejected.

Brian claims that the Municipality told him that if the company contracted to pick up the recycling cannot make money on a particular item, they will not pick it up. Karen Dunlop, the Municipality’s Director of Public Works, explained that it is not that simple.

“Most items we, as consumers, purchase have recyclable symbols on the bottom,” she said. “Unfortunately, that does not mean that there is a market for that product in Eastern Ontario. It may also mean that the product contains recyclable content. Film plastics has not been included in our contract due to a lack of market. If someone places an item that has not been included in our program, which has not changed in the last 5-10 years, it is manually removed, either at curbside or at the recycling facility. If at the recycling facility, this material then goes to landfill and a tipping fee is charged to the municipality.”

The tipping fee for any non-compliant items which are removed at the recycling facility is a good motivator for non-recyclable goods to be removed at the curb, but of course, this adds to the workday of those collecting the refuse.

“The program is as expansive as we can make it at this time,” Karen added. “The Blue box program is under evolutional changes with producer responsibility transition coming in the next two to three years. The program is set by the contract with the recycling facility and not the collection company. The collection company is paid by the contracted weekly rate. The recycle facility is paid by the ton for the product we ship to them.”

As attitudes and policies toward waste and waste collection change, particularly in an increasingly environmentally conscious world, it is clear that adjusting can take time – and patience.

Letter to the editor – recycling