Séan McCann hopes to “squeeze the hearts of the people of Merrickville” this weekend in an intimate solo performance at the newly minted Merrickville United Arts Centre (MUAC).
As one of the founding members of the popular Canadian band Great Big Sea, Séan is no stranger to the stage and playing in front of a live audience. Since leaving the band in 2012, he has focused on playing small venues, connecting with people in a way that wasn’t possible when he was playing big stadiums with jumbotrons and thousands of people. “There is no better version of me than exists in a small hall singing with my friends,” he says.

Finding his best self has been an uphill battle for Séan. Like many in the industry he struggled with alcoholism throughout his time with Great Big Sea, and his desire to stay sober was one of the main reasons he decided to leave the band. “When I first sobered up I instantly lost all my friends and my band,” he says. “I was alone at a very vulnerable time.”

After the first three months of being sober, Séan says he also started having nightmares about his past. Being sober forced him to face the memories of being sexually abused by a catholic priest when he was 15 years old. “It was a priest that gave me my first drink,” Séan remembers.

Through the loneliness and pain of being sober, Séan found solace in his music. With his first guitar, he affectionately calls Old Brown, he wrote songs about recovery and what happened to him as a teenager. “Music was the friend that never left,” he says.

His 2014 solo album called “Help Yourself” was a battle cry and he considers it a line in the sand which announced he was ready to change. It resonated with people more than Séan could have ever imagined and started him on the path of sharing his story and advocacy for mental health and recovery. He is very passionate about connecting with his audience and creating a sense of community and hope in his shows. “My story is one of recovery in capital letters,” he says. “It is hopeful and entertaining.”

Séan has lived in Manotick for 3 years now with his wife and two children. He decided to leave the “party town” of St. Johns, Newfoundland for a quieter life and to protect his recovery. He says he is really enjoying the Ottawa area and has visited Merrickville a few times, enjoying particularly the Rideau Canal in his kayak. “It’s a beautiful little town,” he says.

Séan says the show in Merrickville on July 7 is one of a few small venues he will be playing this year in the small towns surrounding Ottawa. Chaffey’s Lock, Maberly and Almonte are all on the list of towns where Séan will be playing his music and sharing his story. “I really believe in all the halls,” he says. “I hope to lift people’s spirits and light up an old room that hasn’t been lit up in a while.”

The doors open on Saturday at the MUAC at 6 pm with the show starting at 7 pm. Tickets are $30 and can be purchased on the MUAC’s website www.merrickvilleuac.com. 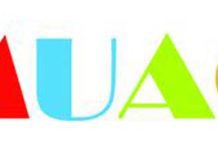 Rising Stars to hit the stage

The PepTides coming to the MUAC