Here’s something to think about in the weeks leading up to Christmas. More Ontarians with jobs are accessing Food Banks. It is simply harder for families, even with a regular income, to make ends meet these days. Feed Ontario, formerly the Ontario Association of Food Banks, released its 2019 Hunger Report, and it has the shocking statistic that 510,438 individuals accessed a food bank last year, visiting more than 3,059,000 times. In spite of the Ontario Government’s emphasising the province’s low unemployment rate, Ontario’s food banks continue to see increasingly high levels of use.

“Over the last three years, Ontario’s food banks have seen a 27% increase in the number of adults with employment income accessing their services,” says Carolyn Stewart, Executive Director of Feed Ontario. “This tells us that, while these individuals are working in a full or part time position, they have not been able to secure sufficient income to afford all of their basic necessities each month, like rent, heat, hydro, or food.”

This is partly the result of high costs in the area of hydro, rent, gas and other necessities that families have no choice about paying for, but the Hunger Report also points out that there has been an increase in the effects of what is called “precarious work”, meaning part-time, or situations where individuals are never sure of having sufficient work shifts to make a regular wage.

The Report also highlights the negative impact that changes to Ontario’s labour laws, and the inadequate help provided by social assistance programs, as key contributors to this emerging trend. The changing nature of the workforce has meant that adults over 25 years of age now hold nearly half of all minimum wage positions in the province, with 1 in 3 having a post-secondary education. That is an unusual turn of events, as those in the age group, and of the educational level who would normally have been expected to be in permanent, well-paying jobs are now taking up more and more of the minimum wage jobs in Ontario.

“Ontario’s job market is changing. Not only are we seeing a rise in casual and contract employment, but we are seeing more adults having no choice but to work in temporary or minimum wage positions,” says Carolyn Stewart. “Oftentimes, these positions do not provide consistent wages or work hours, and seldom provide employer health benefits or paid time off. This is reflected in Ontario’s food bank data, which indicates ‘low wages and/ or insufficient hours’ as one of the most common reasons for needing support.”

This has put extra burdens on the province’s food banks, many of which have expanded their mandate to include providing job fairs, resume writing workshops, interview preparation, assistance with filing income taxes, or applying for support programs, child care, housing help, and accredited training programs. Cuts to government programs that would traditionally meet some of those needs, as well as more regulations making it harder, and in some cases, impossible for people to access programs such as the Ontario Disability Support Program, have added to the problem.

Some of the 2019 Hunger Report data includes figures that are staggering for a wealthy province like Ontario. 510,438 adults, children, and seniors accessed food banks across Ontario between April 1st, 2018 – March 31st, 2019, an increase of 8,848 people over the previous year. 71% of households that access food banks indicate social assistance programs or government benefits as their primary source of income.

Since 1998, there has been a 31% increase in the proportion of workers in temporary positions. Taking one example, the Report notes that, in Oakville, a minimum wage worker would need to work 78 hours per week to afford the average rent of a one-bedroom apartment alone. The Government’s changes to Ontario’s Labours Laws have included the elimination of paid sick days, and the option to pay reduced wages to part-time, temporary, and casual workers. Only 28% of unemployed Ontarians are receiving Employment Insurance, which provides only 55% of an individual’s former pay. The vital importance of food banks in the economy of so many families in Ontario is a sad reflection on how our province has been changing.

Something to think about over Christmas, and even more so in the year ahead. Don’t let your support of food banks end on Boxing Day. Organisations of help feeling the strain 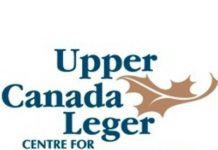