This November, the North Grenville Community Fund (NGCF) will be hosting the first ever North Grenville Charity Expo at the Municipal Centre. The expo is designed to allow North Grenville’s various charities and non-for-profit groups to meet, network and coordinate.

“Very often, we see different charities in the community competing with each other, sometimes holding events on the same date,” says the NGCF’s Daren Givoque. “That in turn leads to a division, or splitting, of the potential donor base. People obviously can’t attend two events at once!”

The Charity Expo hopes to facilitate an ongoing dialogue between charity leaders, so that the various groups around the region can each make themselves heard without stepping on the toes of others.

The two-part program will begin with a catered breakfast, after which Executive Director of Kemptville and District Home Support (KDHSI), Susan Smith, will give a brief talk on volunteer burnout. This will be followed by a panel discussion moderated by Productive to the Max founder, Ann Max, and then by some time for the charities to network with each other. The panelists include Beth Donovan Hospice Volunteer and Client Services Coordinator, Jill Woodley, Maura Lepore of the Kemptville Youth Centre, avid community volunteer Samantha Rivet-Stevenson, and Susan Smith of KDHSI.

After lunch, the doors will swing open to the public, giving each charity which attended the morning session an opportunity to host a table in the afternoon’s “Charity Trade Show.” This will allow members of the community to learn more about the work the various charities do, as well as an opportunity for the charities to recruit volunteers.

The North Grenville Charity Expo will be held on November 10, starting at 8:00am (for the charity portion) and 2:00pm (for the public portion). Admission is free to the public and charities can purchase their ticket for $25 by visiting Eventbrite.ca. Seating is limited, so charity leaders are encouraged to book early. 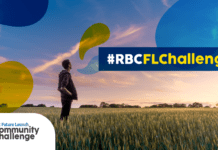