March 25th marked a historic date in the House of Commons in its 154-year history. It was the first time in our history that parliamentarians participated in a debate concerning gender-based violence. The debate was proposed by Karen McCrimmon (the Liberal MP for Kanata-Carleton, ON). It was proposed because femicide and domestic violence are reaching beyond crisis levels across the country.

Elizabeth May, (the Green MP for Saanich Gulf Islands, BC) stated she was surprised to learn that this is the first time in the history of parliament that there was a debate on the issue of women being murdered. She said it was strange that it was never discussed before because violence against women is too prevalent in our society to be ignored by our government. Indeed, it is an issue that should be discussed openly and often if we are ever to end this tragedy.

I find it interesting that it is women in the House of Commons who bring this issue forward, given that we also have another historic first in this country, and that is having a self-proclaimed feminist Prime Minister.

A report released by the Canadian Femicide Observatory for Justice and Accountability (CFOJA) found that 160 women were victims of femicide in this country in the past year. That means a woman was killed every 2.5 days. In 2019, there were 146 women killed. CFOJA is a response to the call from the United Nations Special Rapporteur on violence against women to record statistics on violence against women, its causes and consequences.

The long dark shadows of isolation and marginalization are being brought to light for many of us as we see these staggering statistics. The House of Commons was presented with a petition noting that this crisis of violence against women is also a crisis for Indigenous women and girls, referencing the Inquiry into missing and murdered Indigenous women and girls and calling for the Government of Canada to implement all of the recommendations and calls for action that were made in the report in 2018.

Mainstream national media highlights recently contained the following stories; six women killed in Atlanta, seven women killed in seven weeks in Quebec, sexual misconduct and abuse in the military, and sexual misconduct and abuse in the RCMP. This is not to mention stories in recent months about the scourge of human trafficking.

In response to the escalating number of deaths in the province of Quebec, Premier Francois Legault has stated that he is making domestic abuse a priority and has appointed the Deputy Premier to head a Task Force on domestic violence. Government attention and investment are desperately needed if we collectively, as a society, want to end this sickness that leaves children orphaned and families grieving for their daughters, sisters, mothers, aunts, grandmothers, and wives that are taken from us so violently.

Premier Legault’s response to this rampant violence is the type of response we need. As we know, we rely heavily on charities and social service organizations to take on the work that is needed to provide shelter and support to women and children fleeing the violence in their own homes, and since the COVID-19 pandemic, it has been nearly impossible for charities to raise adequate funds. We have heard from the people who run women’s shelters across this country that there is a growing need for investment. I am disappointed that this was not a priority in the past provincial budget where there was only an announcement of $2 million over 3 years, which works out to $666,666 per year to be shared between programs that support victims of violence. This is only a drop in the bucket when you consider the immensity of this tragedy. Canada needs a National Action Plan on Violence Against Women because this affects us all. Ontario needs provincial leaders to champion an effort to end this violence, and we need to provide adequate funding to support women. Misogyny is clearly a hate crime that is an assault on us all. 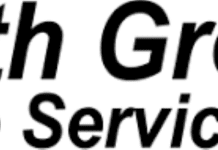 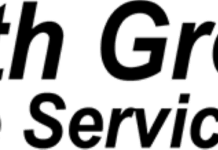 Protect Yourself from Domestic Violence