Falling is an event that depends on the circumstances. Kids fall multiple times each week. Considering how low to the ground they are and how their bones are constantly becoming stronger, falling is usually a small concern, at most.

On the other hand, falls are almost always a cause for concern with older adults, who often need medical attention after a fall, and fractures are common. One in every three adults at least 65 years old fall every year. About 20-30% of these falls lead to injuries of some kind. When considering these statistics, it’s no surprise that falls are the leading cause of fatal and not-fat injuries in older adults.

The participants in both groups experienced another benefit which may explain why balance and fall rates improved: they gained strength in muscles that control their knee and hip joints.

Strength dictates the ease of the body to move, especially when overcoming obstacles such as walking on unstable surfaces or over objects.

Strength training can slow bone density loss, and even reverse the process and increase bone density in many people. Part of the reason why falls are so dangerous for older adults but less so for middle-aged adults or young children is due to bone density.

Osteoporosis, a disease of low bone mass, is most common in older adults, especially postmenopausal women. Men and women generally start losing bone density in their mid-thirties but this trend doesn’t become significant until around 55 years old. As bone mass decreases, bones become hollower and break easier, even with a soft fall from a standing position.

The researchers in the 2011 study said, “… interventions to improve strength and functional status are useful for fall prevention in older adults.” 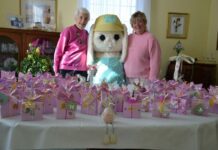 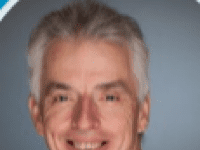 Falls, fractures, and how strength training can prevent them