There is a new scam in town, appearing not long after the notorious air duct cleaning and car detailing scams have finally begun to disappear from social media. The most recent duping attempt comes in the form of a Facebook post warning residents of a danger posed by a criminal on the loose. The post is in fact false, and the mug shot of the fake local perpetrator is one of an alleged offender south of the border, whose real crimes were not nearly as serious as those described in the scam post.

The post in question is shared widely all over the country, with only a change in the name of the town where the fake criminal is supposedly on the loose. The post seems to have stayed off of the major North Grenville social media pages, for the most part, but it did make it into some local users’ personal pages. Admin moderation may be helping to keep the scam off of the local groups. In nearby Winchester, social media users didn’t appear to be as savvy this time around, with the post being shared widely before being recognized as a scam.

Scams must have a purpose to be worth it for scammers to pursue. A decade ago, when Facebook was a simpler platform, pages that had high post exposure (through “likes” and the sharing of posts) were said to earn higher ad revenue. This inspired posts that targeted the big-hearted and the naïve, with promises for example that a child in need of life saving surgery would receive it if the post received 1,000 “likes”. Facebook is now more complicated, but it does not stop people from using it to try and part others from their hard-earned money.

The well-known air duct cleaning scam is one that is somewhat more complex in its nature. Typically, though certainly not always, these scammers who post on social media or cold call from a fake number do not ask for money upfront. Instead, they seek to know the size of your house and details about your ductwork, only to offer a “great deal” that costs well below what a reputable company would charge. Only after the totally unqualified scammers show up at your door and put on a show that makes it seem they are doing a good job do they upsell unneeded, expensive extras.

The fake criminal on the loose is a scam with a different kind of twist. When a post is “shared” on social media, it is still the original post which is seen by those who are friends with the person who shared it to their own page. When the original post is modified, the new version replaces all of the shared versions, which can mean hundreds if not thousands of shares.

In the case of the post about the fake criminal, the post is likely to be widely shared in the spirit of neighbours helping neighbours. Social media users therefore do the dirty work for the scammers. After the post is widely shared, the original post is modified, typically to a rental property listing. The wide reach of the post, which is now seen by thousands of people due to the sharing campaign, is bound to reach at least a few naïve individuals willing to e-transfer rent up front in order to secure an apartment in the current housing market. And voila – the scam comes full circle.

Stopping the spread of scams starts with ordinary social media users. Don’t be afraid to put a few key words in Google before sharing to check if a post contains legitimate information. Never share personal information with strangers, no matter who they identify themselves as. Never send money for products or services site unseen. And if something is too good to be true, it probably is. 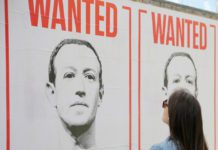